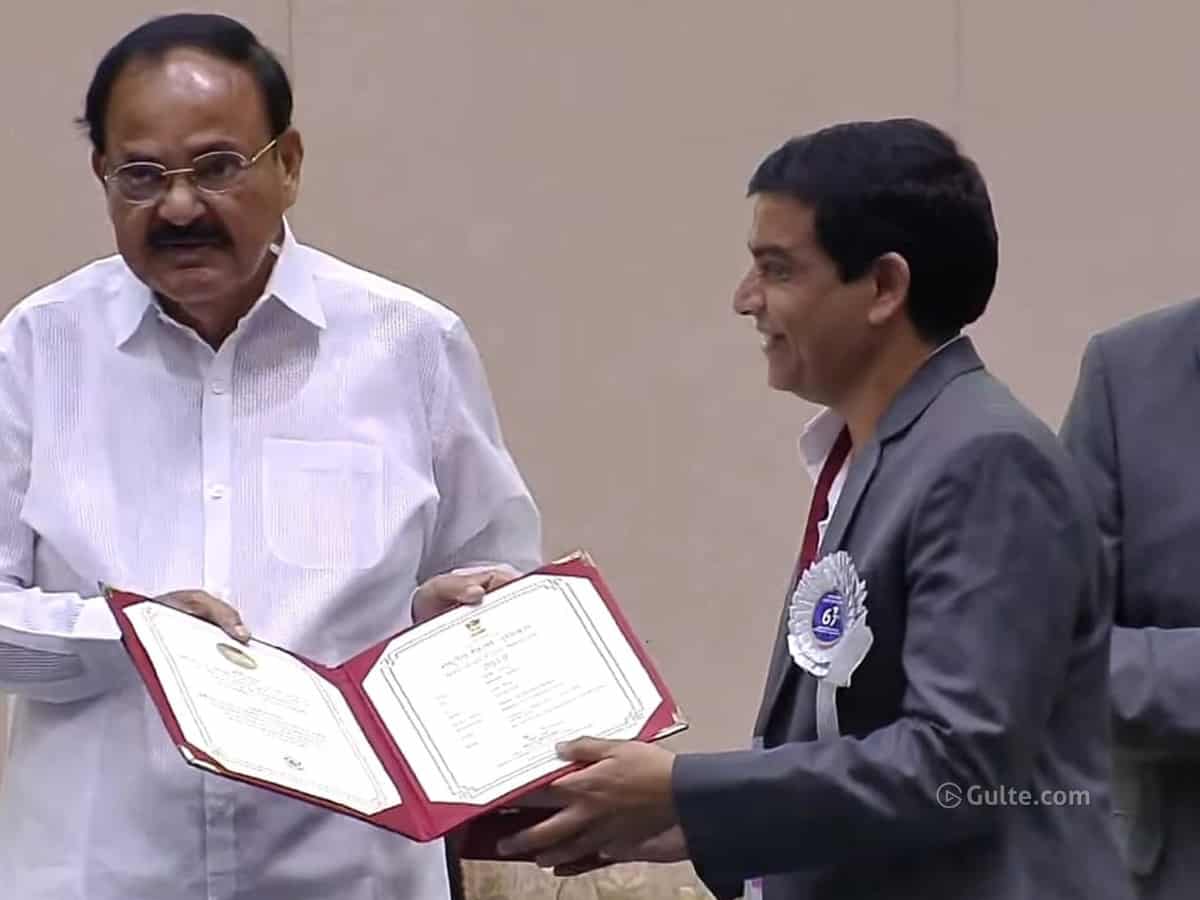 Maharshi will remain to be a very special film for superstar Mahesh Babu and the entire team. The film got rave reviews from the critics and stood as one of the all time blockbusters. That’s not all. The film directed by Vamsi Paidipally and Dil Raju got two national awards.

Today, the awards are presented to them by Vice President M Venkaiah Naidu. Vamsi Paidipally and Dil Raju were presented the awards. It is known that, Maharshi won National Awards in two categories- best popular film providing wholesome entertainment and best choreography. It seems, choreographer Raju Sundaram couldn’t make it for the event.

Pooja Hegde played the leading lady in the action-drama film with a good social message. Allari Naresh played an important role in the movie.