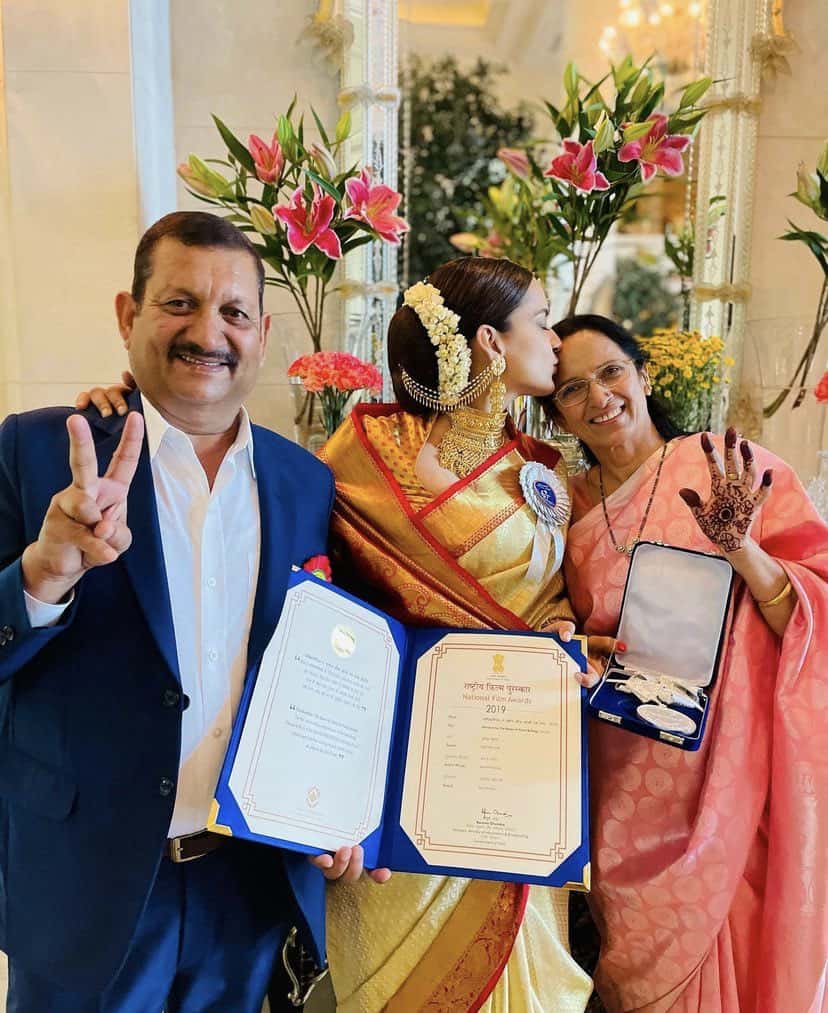 Kangana Ranaut shared several pictures ahead of receiving her National Film Award on Monday. She won the National Award for Best Actress for her performances in Manikarnika: The Queen of Jhansi and Panga. The actress looked ethereal in a red and golden Kanjeevaram silk saree and heavy gold jewellery for the occasion.

Kangana also posted pictures with her parents holding her fourth National award in her hand. “We all grow up with a deep desire to be worthy of our parents’ love, care and sacrifices…After all the troubles I give my mummy papa such days seem to make up for all those mischiefs. Thank you for being my mummy papa I wouldn’t want it any other way …” the actress captioned for the beautiful pictures.

Kangana Ranaut is the second actress with the highest number of National awards after Shabana Azmi. Kangana has been the recipient of four National Film Awards: One Best Supporting Actress award for Fashion (2008) and three Best Actress awards, one each for Queen (2014) and Tanu Weds Manu Returns (2015) and the third one for her performances in both Manikarnika, the Queen of Jhansi (2019) and Panga (2020)