Sincerely Wish Romantic To Be A Big Hit: Prabhas 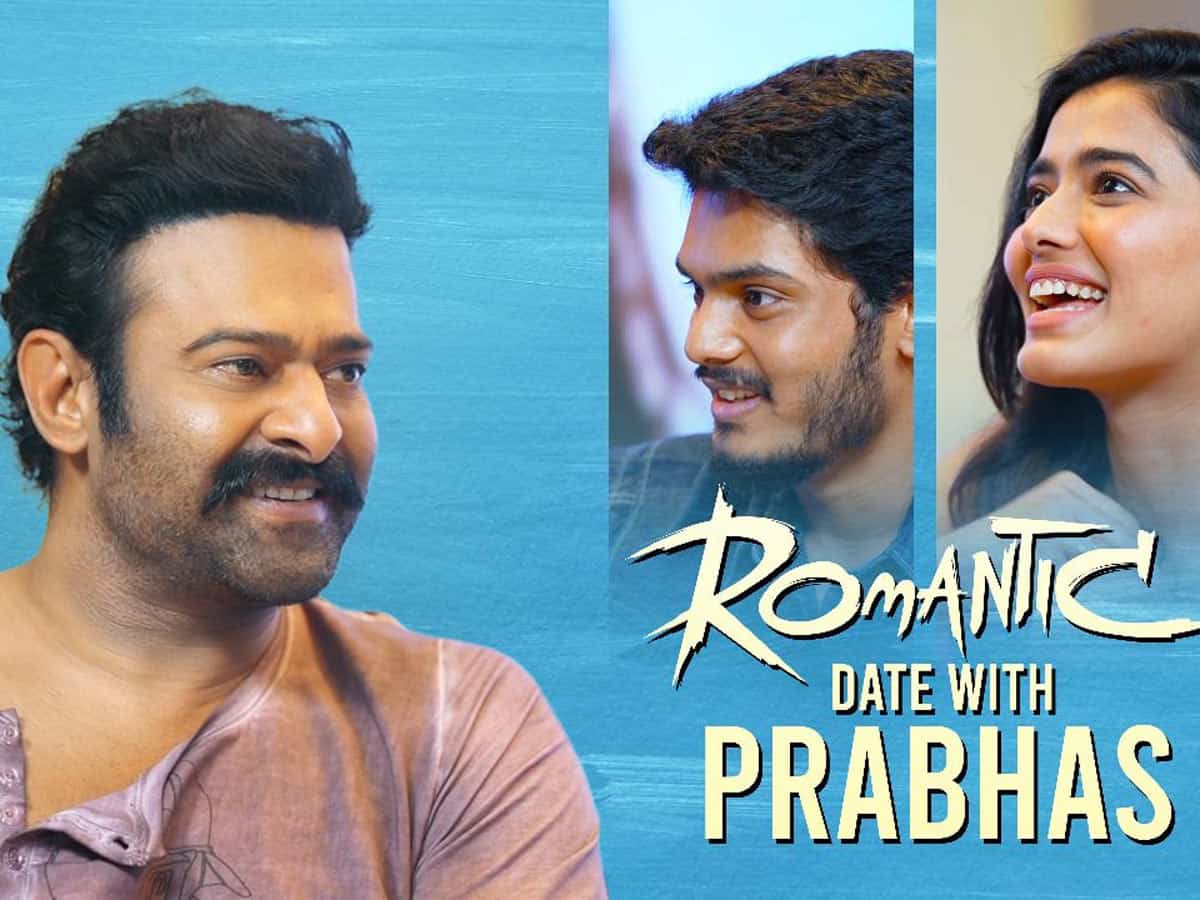 Young Rebel Star Prabhas has done a special interview promoting Akash Puri’s Romantic releasing on October 29th. The interview will be memorable for Prabhas fans as the actor is seen on a complete rampage showcasing his cheeky side.

The actor who is mostly serious in the interview of last few years is in complete contrast here. We can see him throwing punches, making cheeky comments on Akash and Ketika.

At some time in the interview, Prabhas asks Ketika to sing a song but the actress says she is just a Bathroom singer. Akash interferes at this point and asks her to imagine herself in her bathroom with neither of them. Prabhas immediately interferes and asks “Why would I be in her bathroom?”.

In another instance, Ketika introduces herself as Ketika From Delhi, for that – Prabhas instantly says “Hi, I am Prabhas for Mogalturu”. It is a treat to see the Rebel Star in such a super fun interview.

Concluding the interview, Prabhas said, “I never saw a woman like you mother. I saw her making a maid sit beside her and have lunch during Bujjigadu shoot. I like her very much. I sincerely wish Romantic will be a big hit”.