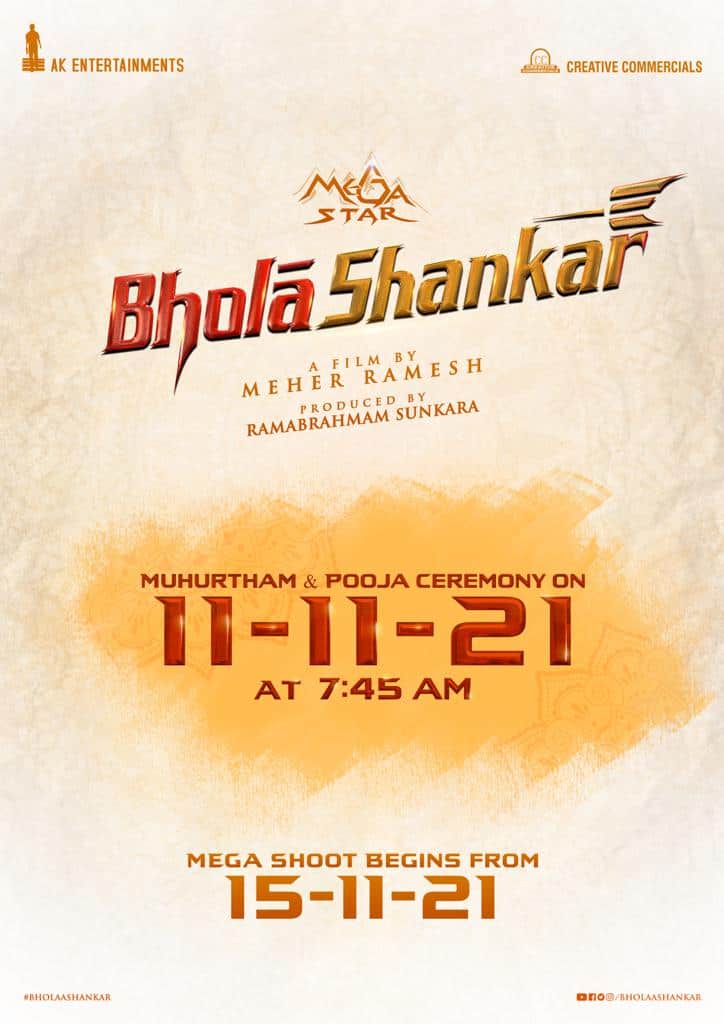 Megastar Chiranjeevi who is presently busy with Godfather under the direction of Mohan Raja will next join hands with director Meher Ramesh for a commercial entertainer which is an official remake of Vedalam. Titled Bholaa Shankar, the film will be launched on a special day.

Bholaa Shankar will be launched in a grand manner on morning of November 11th (11-11-2021). The team will start shooting for the film, after four days after the launch, means from 15th of November.

Bholaa Shankar will feature Keerthy Suresh as Chiranjeevi’s sister. Lead actress who will be seen romancing Chiranjeevi in the movie will be announced later.

Produced by Ramabrahmam Sunkara on AK Entertainments, the film will have music by Mahati Swara Sagar.