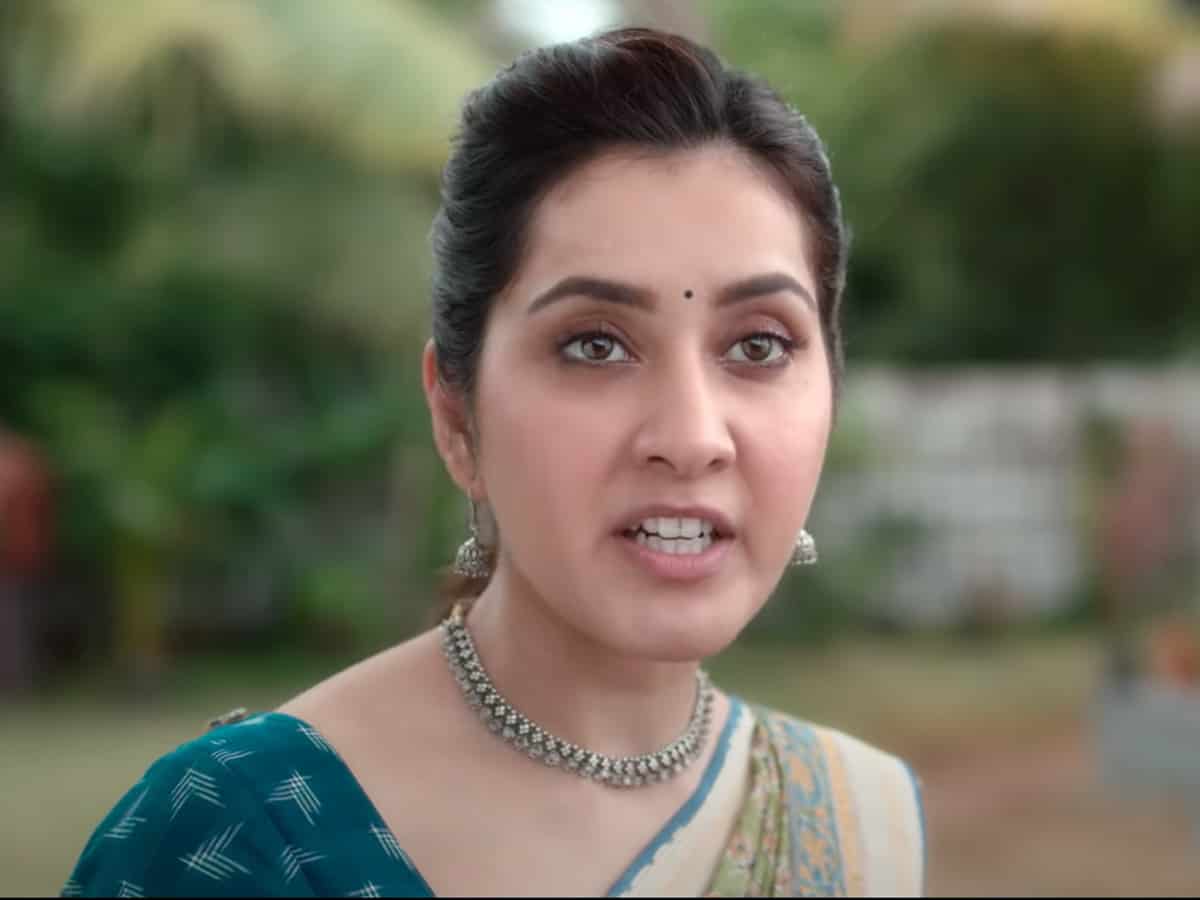 ‘Ikkada ee expression pettakoodadhu.. Ila Pettali’ is one trending thing on apps that are available as alternatives to Tik Tok in India. And suddenly that made beautiful heroine Raashi Khanna a hit phenomenon on these video sharing platforms with more and more Tik Tok celebrities making videos of it. Here goes an interesting snippet.

Apparently, Raashi’s one single dialogue from the teaser of Maruthi and Gopichand’s Pakka Commercial is going viral now. Inside the teaser, she has impressed everyone with her acting as she first gives an expression and says, “‘Ikkada ee expression pettakoodadhu” and acts as if she’s scared, only to say, “Ila Pettali”.

Apparently, she is giving some idea to hero or someone in the film about putting up the right expression. With Maruthi’s previous venture Prathiroju Pandage seeing Raashi as Tik Tok star Angel Aarna, surely the director must have banked on a similar comedy setup now if the teaser dialogue is anything to be considered.

Even before the film and Raashi’s character is out, this dialogue caught up virally on various apps as various influencers are busy making videos for it. Of course, some videos are crazy and funnier than Raashi’s original too, but then, all these videos are giving a huge boost to the heroine’s popularity as well as to the film that stars Gopichand in the lead.