Manushi Chhillar’s Bikini Style At The Maldives Is A Bomb 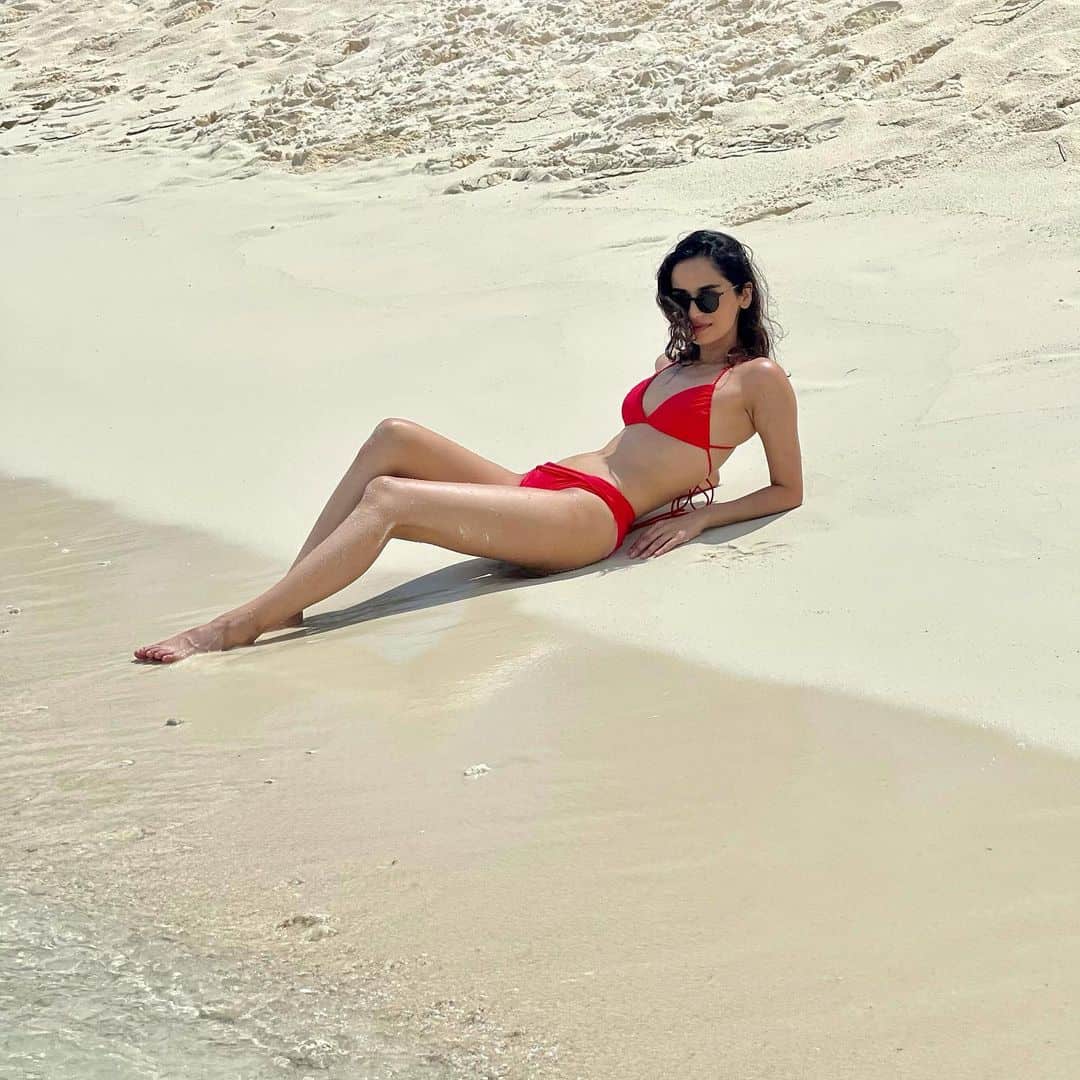 Former Miss India Manushi Chhillar is currently holidaying in the Maldives and her pictures from the trip are a bomb! She kept sharing new pictures of herself basking in the sun in and around the beach and they all look surreal.

The latest pictures show Manushi sporting a red bikini and laying on the beach shore in the first picture and posing in front of waves in the second. Sharing the photo, she dropped just emojis in the caption such as two fish, a sun and a beach icon.

Endowed with incredible beauty and splendour of nature, Manushi steals the attention with her serene photoshoot in the Maldives and looks like she had a great time at Maamunagu resort. The other photos show her flaunting her tan and then enjoying swing with a magical backdrop.

On the work front, Manushi Chhillar will make her Bollywood debut alongside Akshay Kumar in Chandraprakash Dwivedi’s Prithviraj, in which she will play the role of Sanyogita.