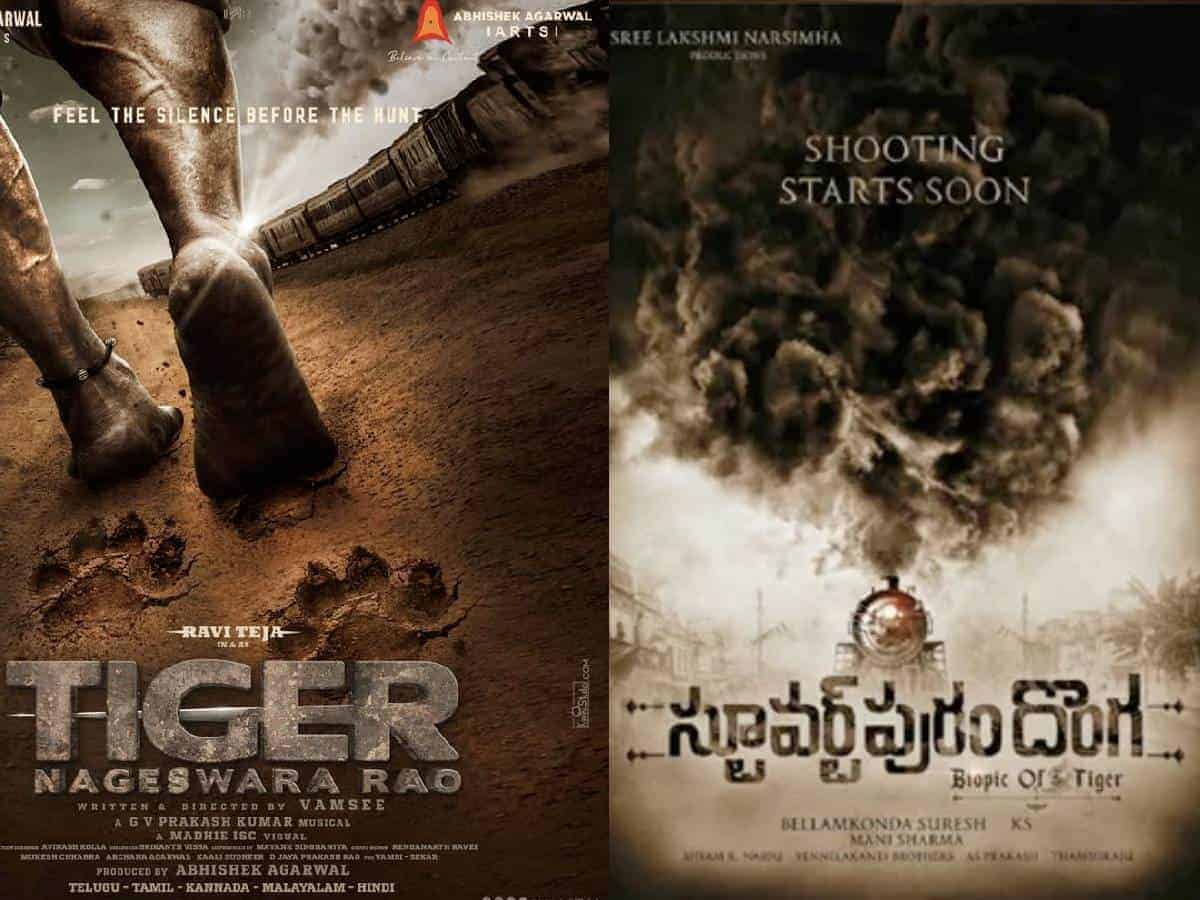 Making two biopics on the same person at the same time sparks many controversies in the film industry. Generally, we don’t see such instances but a few days back, two films are announced which are based on the life of the same person. The films are Stuartpuram Donga and Tiger Nageshwara Rao. Both these flicks are based on the life of the notorious criminal Tiger Nageshwara Rao.

Stuartpuram Donga features Bellamkonda Sai Sreenivas as the lead hero. His father Bellamkonda Suresh is bankrolling the project and newcomer KS is the director of it.

On the flip side, Tiger Nageshwara Rao is being directed by Vamsee and produced by Abhishek Agarwal. Ravi Teja is the lead hero of it.

It was Vamsee who announced the film way back in 2017. At that time, Bellamkonda Sreenivas was the choice for the lead hero. Abhishek Agarwal was the producer. As there was no progress from Bellamkonda’s side, Vamsee and Abhishek decided to search for other options.

Now, when they roped in Ravi Teja, Bellamkonda announced the same film based on the same person’s story.

As per media reports, Vamsee said, “I’d even met the family members of Tiger Nageswara Rao and procured all the permissions and legal rights and NOCs from his family members around directing the biopic. I plan to execute it to the best of my ability. I’m not concerned about anything else for now. But if I find any similarities between my story and others, I’ll fight for it.”

“Tiger Nageswara Rao’s profile may be public, but there are some personality traits, which only his family knows. His family has shared all such finer points and in-depth details about him only with us,” said producer Abhishek Agarwal.

Bellamkonda Suresh has a different version altogether and he said, “Why do I need rights? Anyone can make a film on Gandhiji, right? So where’s the question of legalities and rights? Everyone knows about the life of Tiger Nageswara Rao and his profile is in the public domain and anyone can make a film.”

On the whole, it is being heard that both teams may eventually end up in a feud at some point with these films.