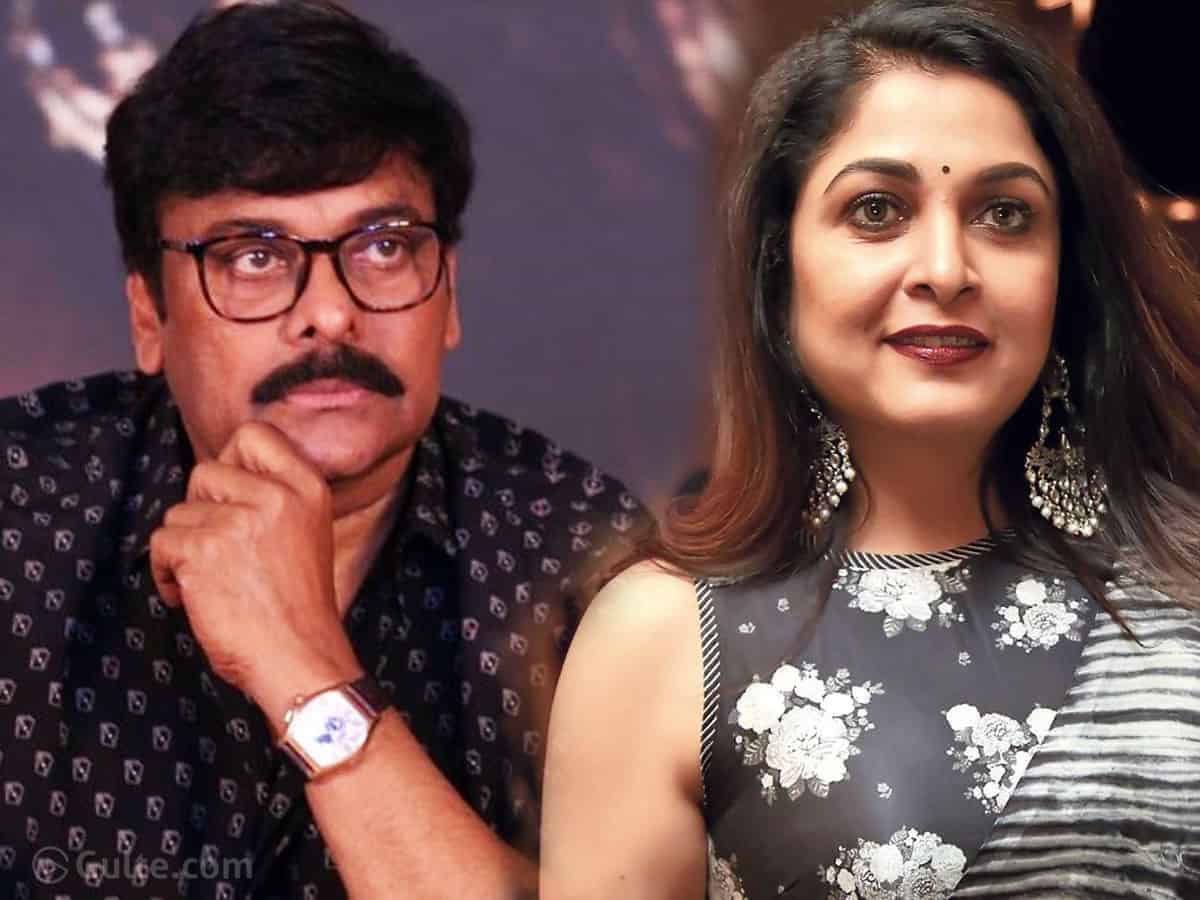 Megastar Chiranjeevi is currently busy with the shoot of his upcoming film Godfather. Directed by Mohana Raja, it is an official remake of the 2019 Malayalam super hit Lucifer. The makers have recently wrapped up a schedule in Ooty and will begin the next schedule in Hyderabad soon.

Meanwhile, we hear an interesting update about this film. If the latest grapevine is anything to go by, senior actress Ramya Krishna will play Chiru’s sister role in this movie. Malayalam star Manju Warrier essayed this character in the original version.

This role has a lot of weightage in the film and that is the reason why the makers of Godfather wanted someone like Ramya Krishna to essay it. We hear that the talks are currently going on and an official announcement is expected to be made soon.

Both Chiru and Ramya Krishna had earlier acted together in films like Alluda Mazaka, Mugguru Monagallu, and Iddaru Mithrulu. If Ramya signs the film, Godfather will be the first project which features both the actors as brother and sister.

Godfather features Nayanthara as the female lead. Satya Dev is playing a pivotal role in it. Bollywood star Salman Khan is essaying an extended cameo.

Thaman is composing the music of this movie. Godfather is aiming for a 2022 release.