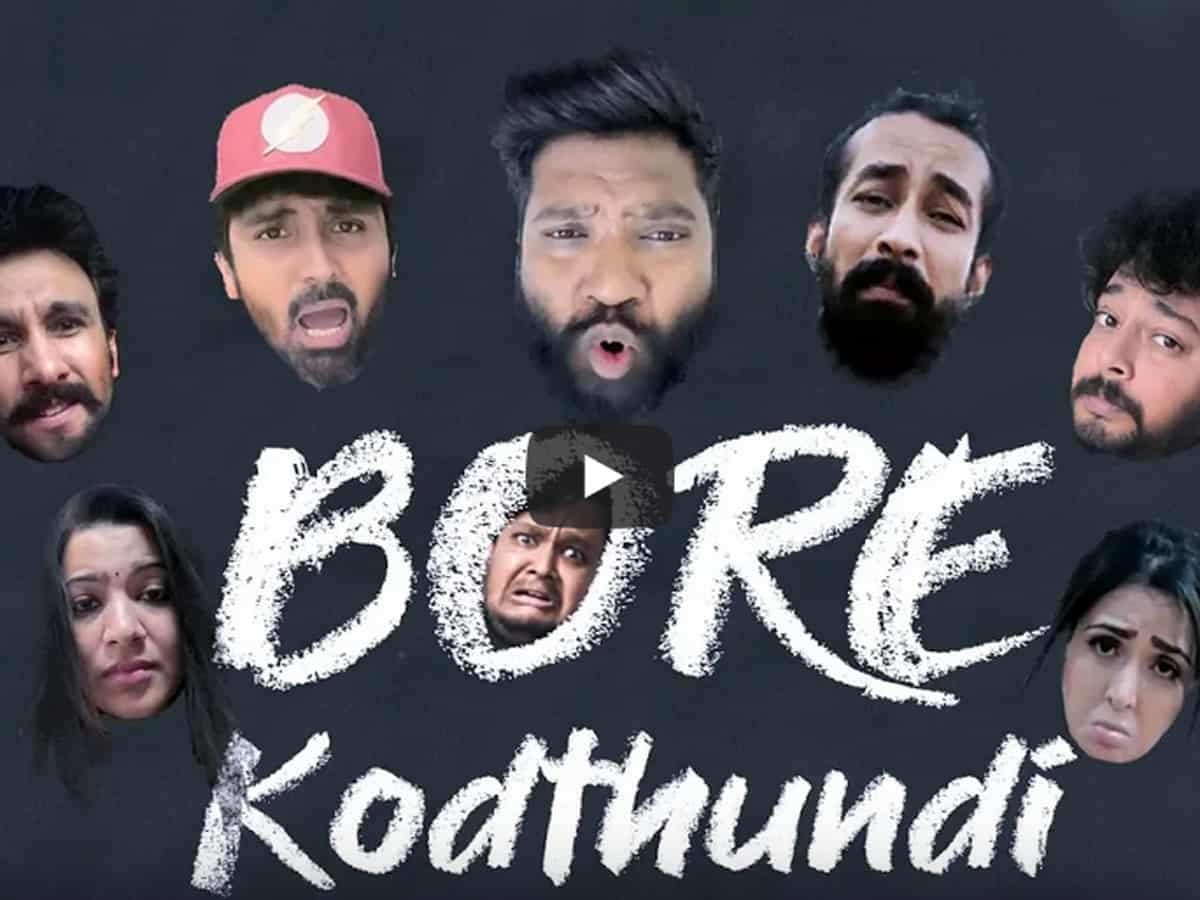 One of the highest TRP gaining ever reality show and highest rated show in Telugu television history is #BiggBoss2 we must say. With Kaushal becoming the darling of masses, and #KaushalArmy going super strong on social media, he has won the reality show with flying colours. However, never after, the contestants have ever appeared any closer to him.

Though initially, the likes of Geetha Madhuri, TV9 Deepthi, Anchor Syamala appeared to be close to Kaushal, as time passed, they have became his enemies. And other day, the Bigg Boss 2 contestants have come up with a song, ‘Bore Kodutondi’, composed by Roll Rida and directed by Tanish. It featured almost everyone who appeared in the show, but there is no winner, Kaushal.

While Kaushal fans alleged that all these contestants are still envying their heartthrob, some insiders stated that Kaushal is not available to do this song, and also he is said to be not interested to team up with anyone. The song features the likes of Tanish, Samrat, Geetha Madhuri, Syamala, Deepthi, Amit, Kiritee, Bhanu Sri, Pooja Ramachandran, Deepthi Sunaina, Sanjana and Roll Rida.

However, one could notice that Samrat and Tanish’s bestie Tejaswi Madivada, as well as ‘Bigger Boss’ Babu Gogineni, and Nutan Naidu are also missing from the song.