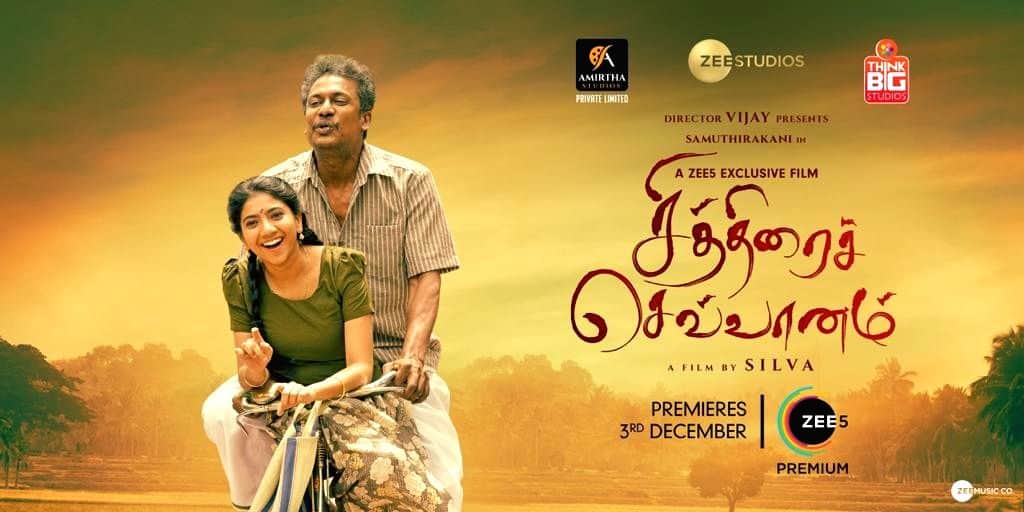 Here is the first look poster of Sai Pallavi’s sister Pooja Kannan-starrer ‘Chithirai Sevvanam’ with which she is all set for her acting debut. She is doing a prominent role as daughter to versatile actor Samuthirakani. The poster looks natural and realistic. Noted action choreographer Silva is wielding the megaphone for this film that revolves around a father-daughter.

Viewers who first saw the poster are mistaking Pooja Kannan as Sai Pallavi given their close resemblance and similar features. Many often confuse them as twins. Not many are aware that Pooja Kannan has earlier worked as an assistant to director AL Vijay. She has also acted in a short film titled ‘Kaara’.

With the striking similarities of sisters, the look poster is drawing good attention. The film will be premiered on Zee 5 on December 3rd. However, it needs to be seen how Pooja would perform on screen and whether she would match up to her sister’s acting performance or not.