Charan’s Makeover Gets A Big Thumbs Up On Social Media 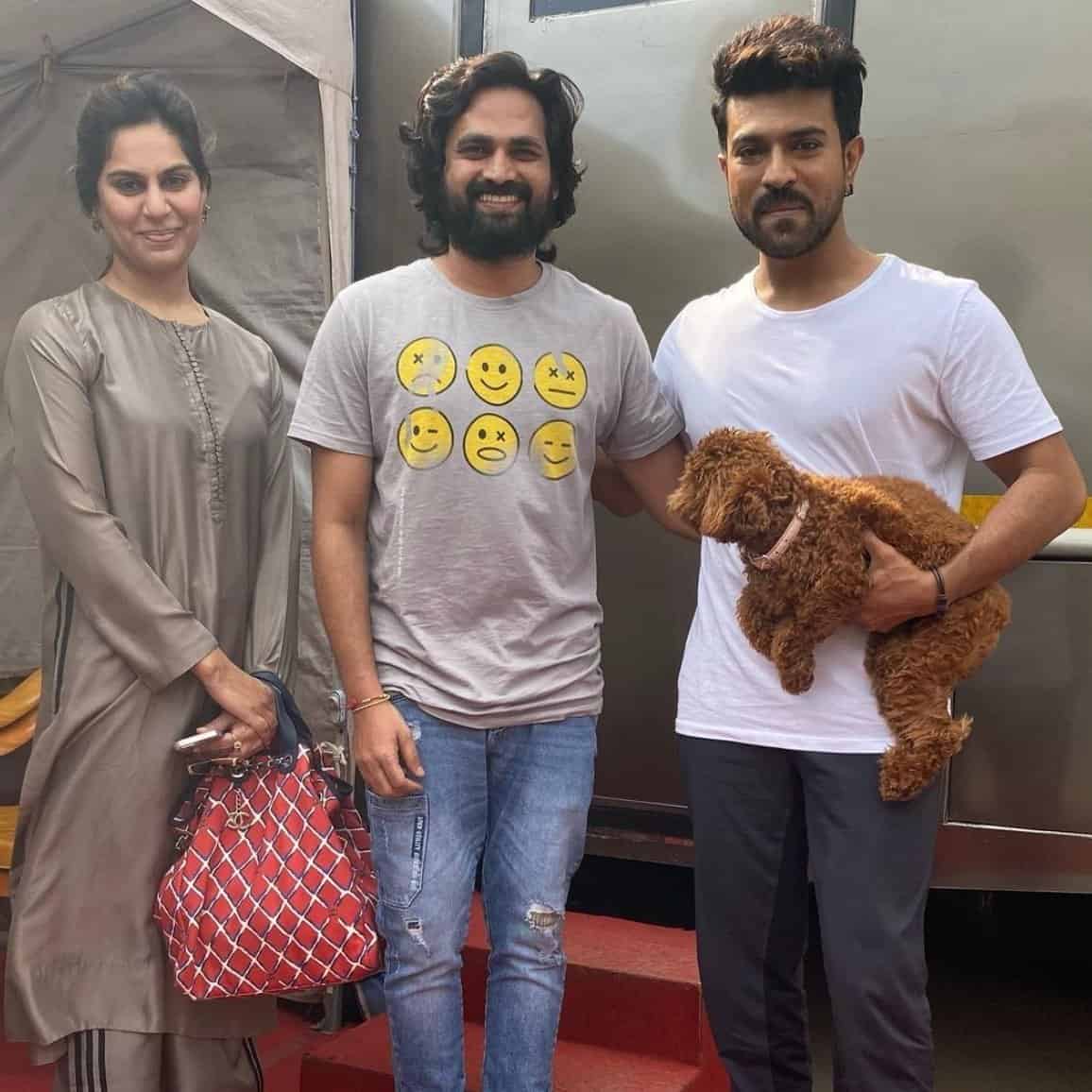 Mega Power Star Ram Charan has kickstarted the shoot of his magnum opus, RC15. As we know, after completing his shooting schedule in Mumbai, Charan is back in Hyderabad. And today, a couple of pics of the actor posing with his cute fur friend and sporting his new haircut have surfaced on Twitter.

Charan’s makeover is getting a big thumbs up from netizens and we are loving it as well! He looks uber cool and figuratively took the years off from his face! The picture also shows Upasana accompanying Charan on the sets. Meanwhile, Kiara Advani recently joined Ram Charan and the team in Hyderabad for the new schedule.

Directed by Shankar, the film is yet to be titled. RC15 will also have actors such as Jayaram, Anjali, Sunil, Naveen Chandra, Rahman, Srikanth in important roles.

Thaman is onboard for RC15, produced by Dil Raju’s Sri Venkateswara Creations. Charan also has RRR and Acharya releasing on 7th January 2022 and 4 February 2022 respectively.