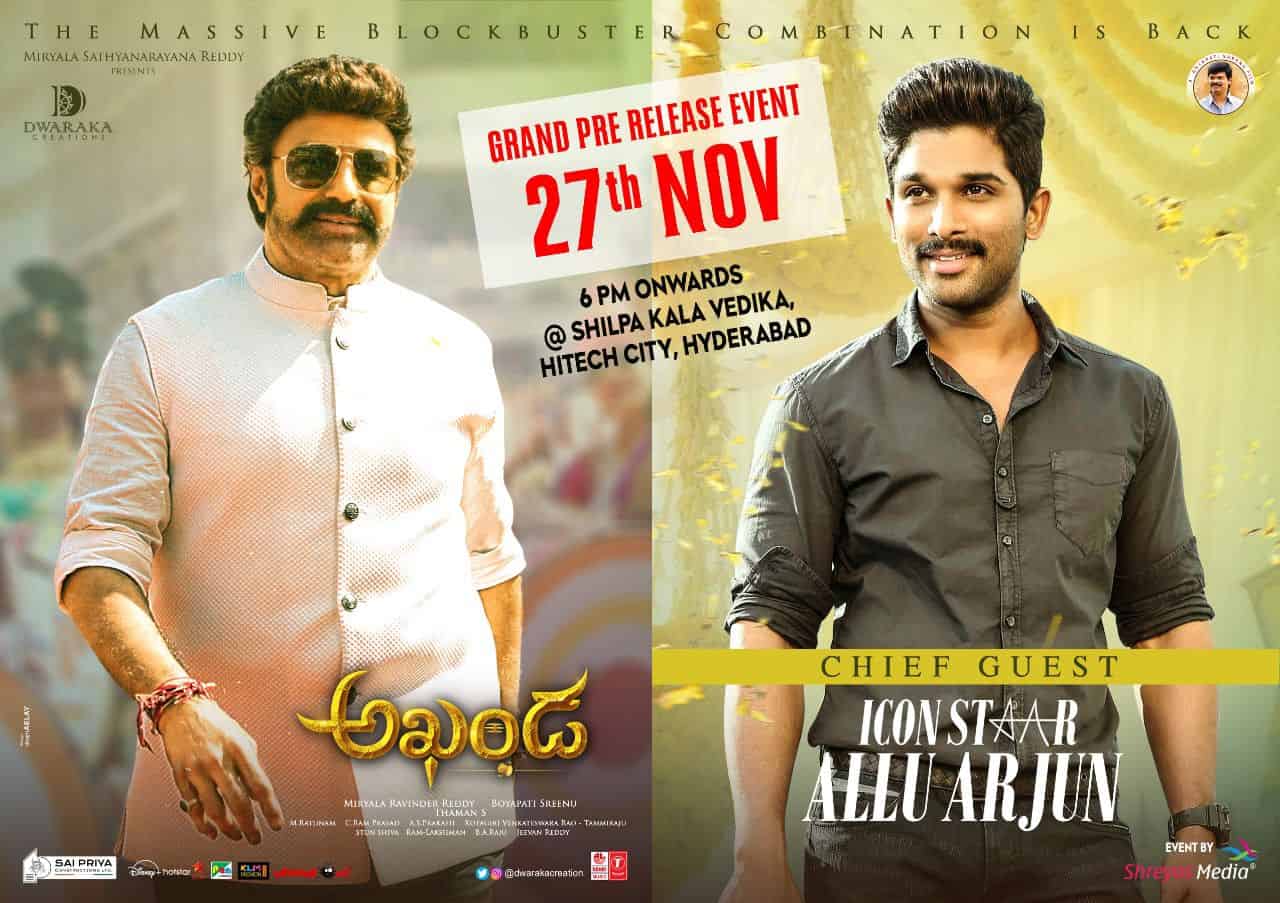 Nata Simham Nandamuri Balakrishna’s much awaited flick Akhanda directed by Boyapati Srinu will be arriving in theatres in a week days on December 2nd. As announced by the makers, the film’s pre-release event will be celebrated in a massive manner on 27th of this month at the popular Shilpakala Vedhika.

Latest update is Icon Star Allu Atjun will be gracing Akhanda’s pre-release function, along with some other special guests. It will be an eye feast to see two mass heroes Balakrishna and Allu Arjun together on the stage.

S Thaman rendered soundtracks and two songs of the movie got good response, while theatrical trailer became a sensation. Pragya Jaiswal played the heroine in the movie where Srikanth will be seen as main antagonist. Miryala Ravinder Reddy of Dwaraka Creations mounted the movie on high budget.