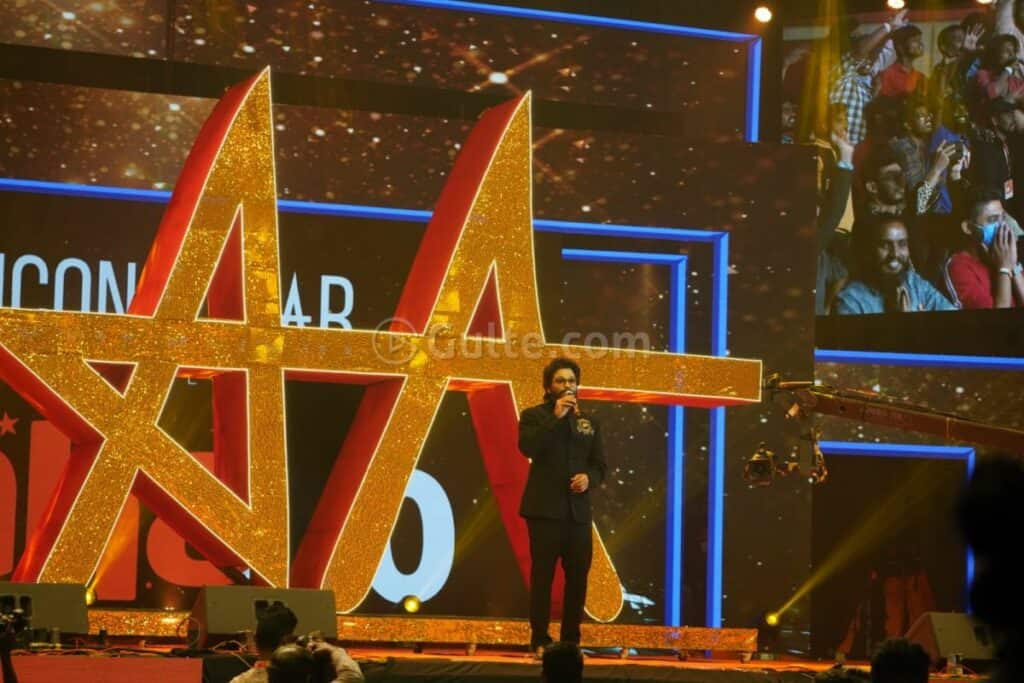 One of the biggest discussions right now happening in the tinsel town is about the planning of mega-producer Allu Arvind. This is not regarding any film or the way his latest films are being executed, but it is regarding his second son Allu Arjun. While Bunny is a superstar already, here is what his dad is doing to him.

Well, the news of Allu Arjun attending as a Chief Guest of Balayya’s Akhanda movie pre-release event led to this talk actually. Definitely, this is the biggest Mega-Nandamuri treat after Chiranjeevi attended as Chief Guest for the launch of the Gautamiputra Satakarni movie years ago. And many think that Bunny turning up as a guest has something to do with Arvind, who has recently partnered with Balayya for Aha’s Unstoppable.

First, we have Arvind bringing Bunny as a front face for Aha though they went with Vijay Devarakonda in the beginning. Later on, Bunny turned up as a guest for many Geetha Arts camp movies including Most Eligible Bachelor. And then he attended the event of Pushpaka Vimanam too. This is definitely unusual Bunny for the Telugu audience and it looks like Arvind made him do all this.

One mass comment on social media reads, ‘Arvind gaaru, Bunny ni em lepatunnaru saar’. Of course, its good of Arvind to give such elevation to his son, but then, Allu Arjun is not just Arvind’s son, but a mass star who rose to the top by his sheer brilliance, hard work, and the kind of films he has done.

On a whole, Allu Arjun is becoming another friendly superstar of Tollywood living up to the name of Megastar Chiru who always did the same.