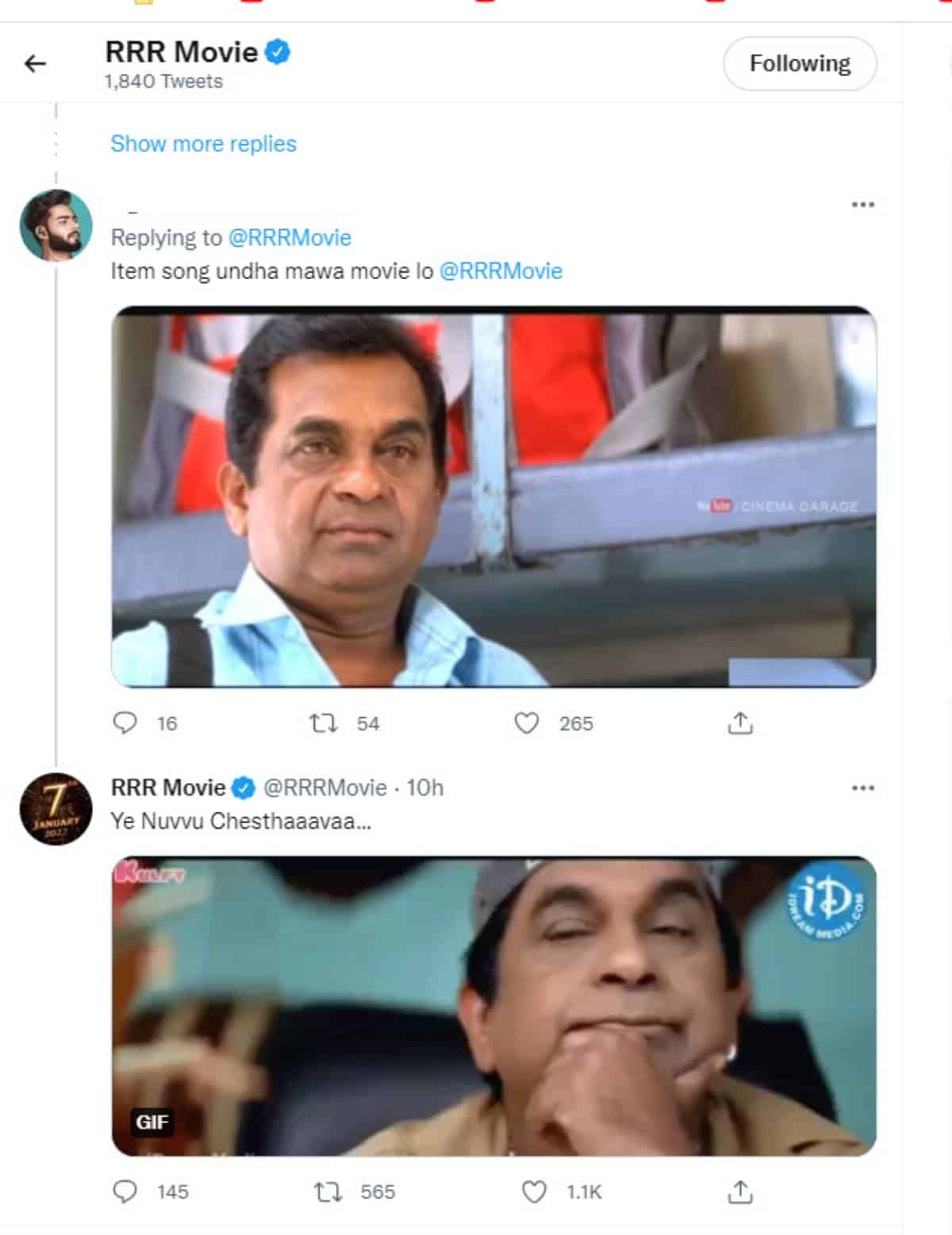 In order to promote the movie aggressively, not only these days producers are creating special social media handles in the name of the movie but are also remaining very active on them. We have had a special Twitter ID dedicated to RRR for a long time and the updates they give through this handle are enormous.

Interestingly other day after the release of Janani song, the makers received showers of appreciation and also some tricky questions too. With Rajamouli’s films never missing out on an item song, surely that is the most expected question from all quarters now.

One enthusiastic fan went ahead to inquire if there is an item song as well in the film RRR, for which the handle replied, “Ye Nuvvu Chestava?”. While the reply is a bit sarcastic, surely it invoked huge laughs due to its epic timing. Both the one who asked the question and the one who replied, have used images of Brahmi to support their tweet, which actually brought more laughs.

Of course, Rajamouli takes up a call on item song depending on the content only and we haven’t seen item numbers in movies like Eega, Maryada Ramanna as well, while Baahubali got one. So RRR technically doesn’t deserve an item number because it focuses more on freedom fight and the spirit of independence while being a commercial film with loads of mass content.