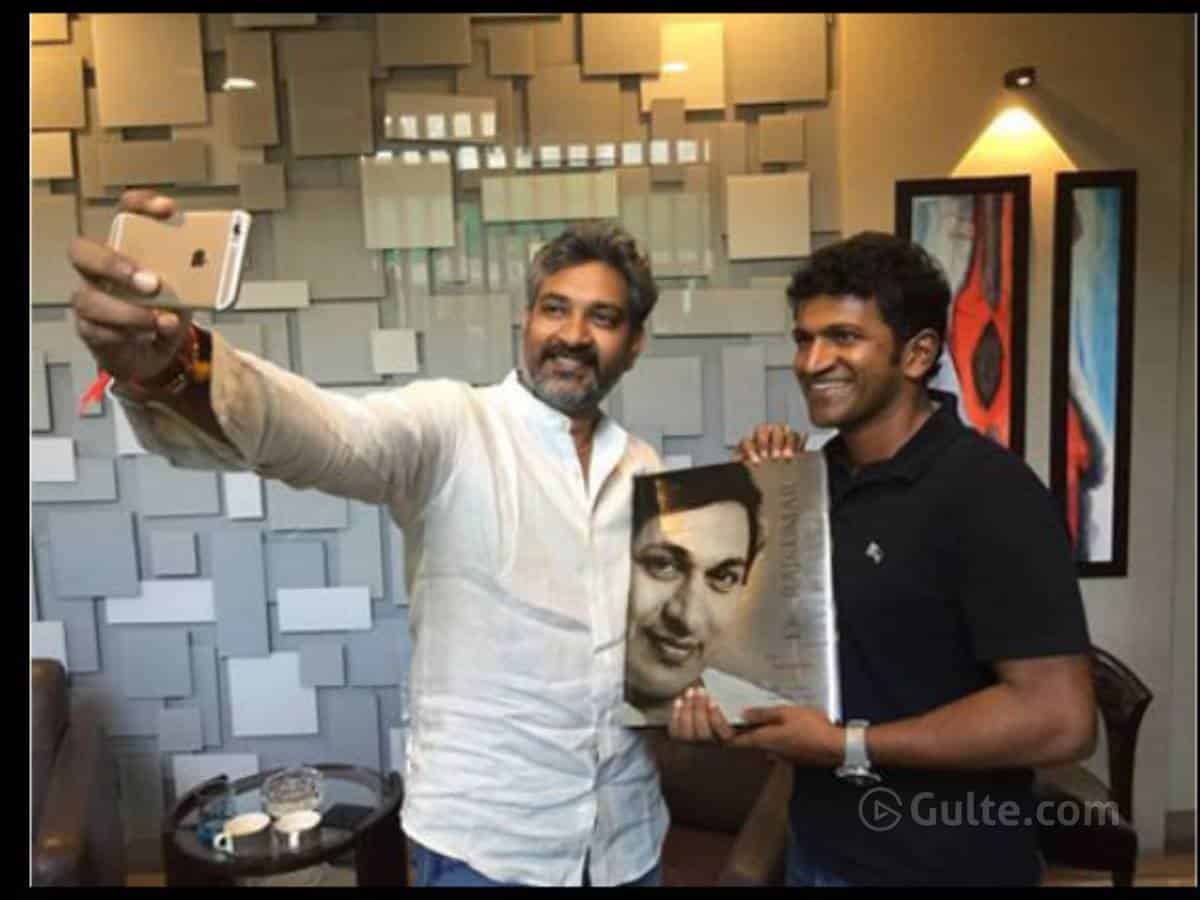 It’s been nearly a month since Kannada power star Puneeth Rajkumar left for heavenly abode. His sudden demise left many fans saddened and is still a shock to many. Ace filmmaker Rajamouli, who went to Bengaluru yesterday, visited Puneeth Rajkumar’s residence and paid condolences. Rajamouli recalled his memories with the late actor and speaking to the media, he said that Puneeth’s demise is still unbelievable.

“I am unable to digest this. When I came here four years ago, Puneeth took care of me like a family member. He was a fun person to talk with,” he quoted. The director further praised Puneeth that despite being an accomplished actor, Puneeth’s random acts of kindness included secretly donating large sums of money to the needy. Rajamouli recalled how the actor was a down to earth person who never showed his pride as a superstar.

“I am in shock today and it is difficult to learn that he is not with us anymore”. He further added that Puneeth’s charity and philanthropy work came to light only after his demise. “Puneeth never spoke about his good works. He never showed off his monetary help to people, unlike many of us. That is his greatness,” Rajamouli concluded. Certainly, Puneeth’s charitable acts brought visible awareness and inspired his massive fans to support these good causes in any way they can.