Rajamouli: Boyapati Know How To Use atom bomb Like Balayya 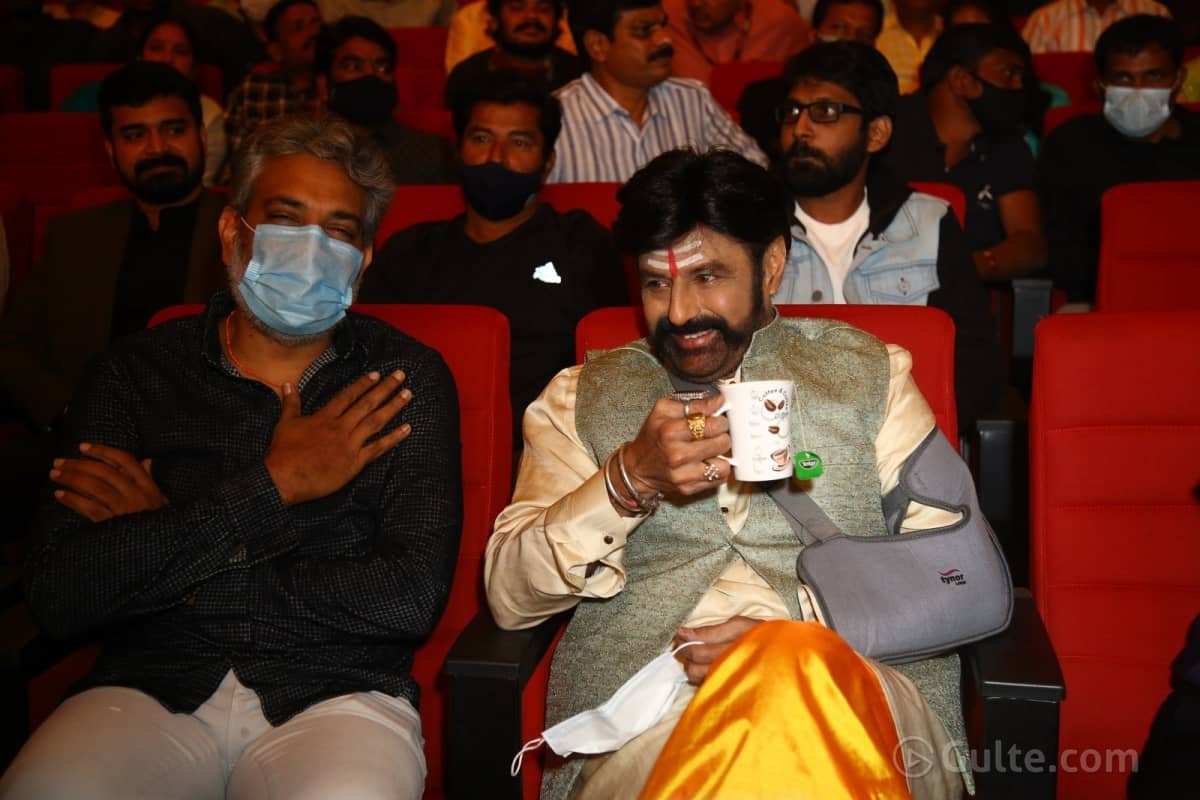 Balakrishna and Boyapati Srinu teamed up for the third time at the box office. After Simha and Legend, the duo is back again with their third movie Akhanda. The film is hitting the screens on 2nd December. SS Rajamouli and Allu Arjun attended the pre-release event as chief guests.

Rajamouli launched the ‘Jai Balayya’ song on the stage and shared his happiness about being a part of the event.

Rajamouli thanked Boyapati Srinu for bringing back the energy to the film industry with the film. “Starting from December 2nd, all the theatres will be packed with audiences. I wish the audiences will feel happy and enjoy the non-stop entertainment,” said Rajamouli.

“Balayya Babu is an atom bomb. Srinu garu knows how to use him well. He should tell that secret to everyone,” said Rajamouli and asked Balayya Babu about his energy secret. Rajamouli praised Balakrishna’s dance from Jai Balayya song/

“I am also eagerly waiting to see Akhanda in theatres. I will watch the film on the first day first show in the theatre. I congratulate the team and convey my best wishes to them,” said Rajamouli.