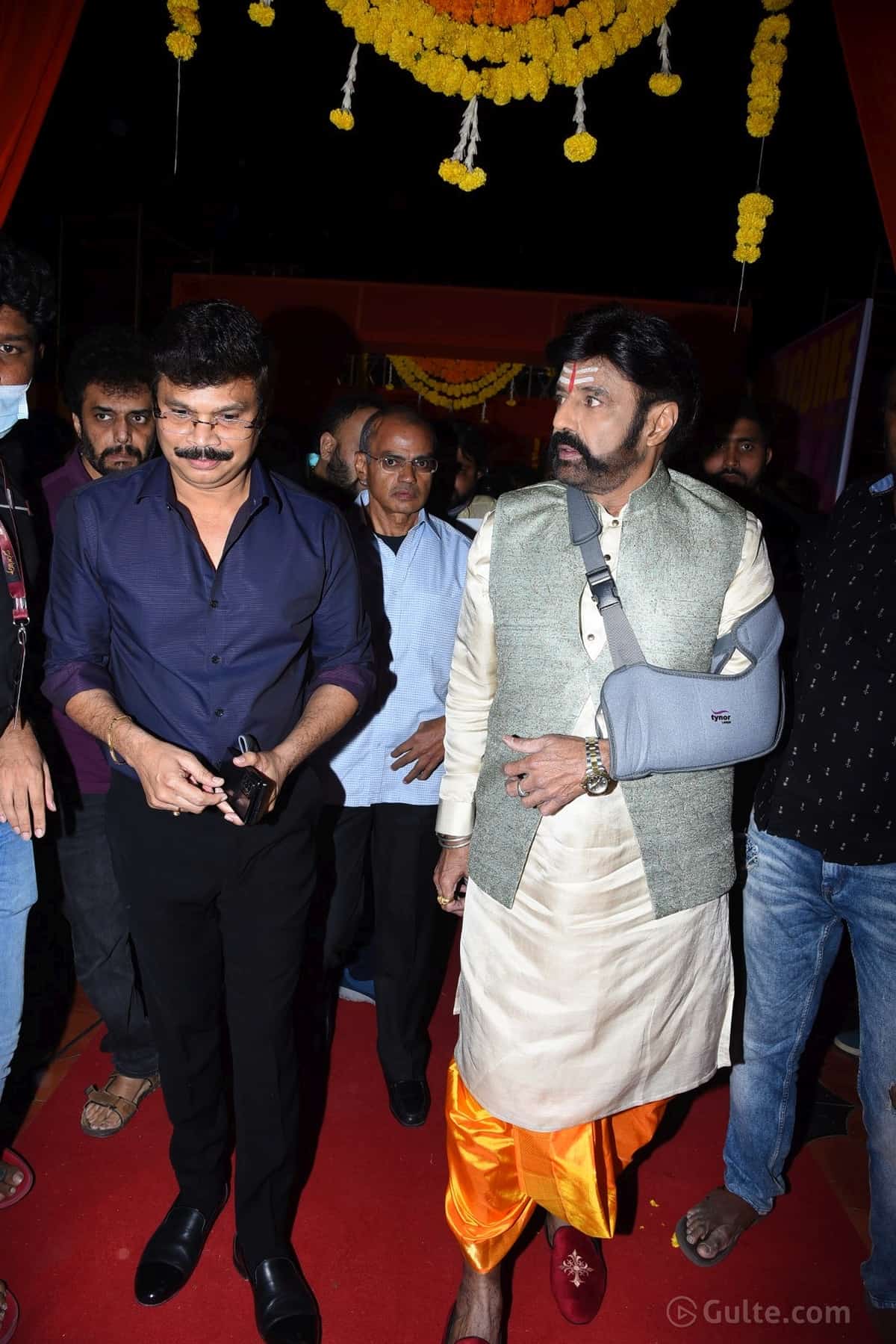 After Simha and Legend, the combination of Balakrishna and Boyaapti is back again with the film Akhanda. Miriyala Ravinder Reddy is the film’s producer. The film is hitting the screens on 2nd December. Rajamouli and Stylish Star Allu Arjun attended the film’s pre-release event as chief guests.

Boyapati Srinu apparently mentioned to Balakrishna that they can call off the shoot. But Balakrishna did not approve of the idea. “The shoulder got dislocated and I have pain but it is okay. Let us shoot. We should do this for fans and we should give the mass treat to fans. They are everything for me. If I can’t do this, there is no point,” Balakrishna told Boyapati Srinu.

“Despite having pain, Balakrishna shot the song and it has come out beautifully on the screen,” said Boyapati, thanking Balakrishna for his cooperation.

Boyapati Srinu also told, “Bunny is the reason for giving me the first opportunity. He gave me the initial push-up to become as a director and later, Balakrishna garu has given me a big boost to my career as a director. I am happy to see both Allu Arjun and Balakrishna on the same stage.”

Boyapati Srinu also wished that the audiences will make all the films releasing soon as big hits. “Not me, cinema should win. Not Sukumar but Pushpa should win. Cinema should always win and I wish Akhanda should win big at the box office,” he said.