Allu Arjun Is The Reason For Tollywood’s Popularity In Kerala 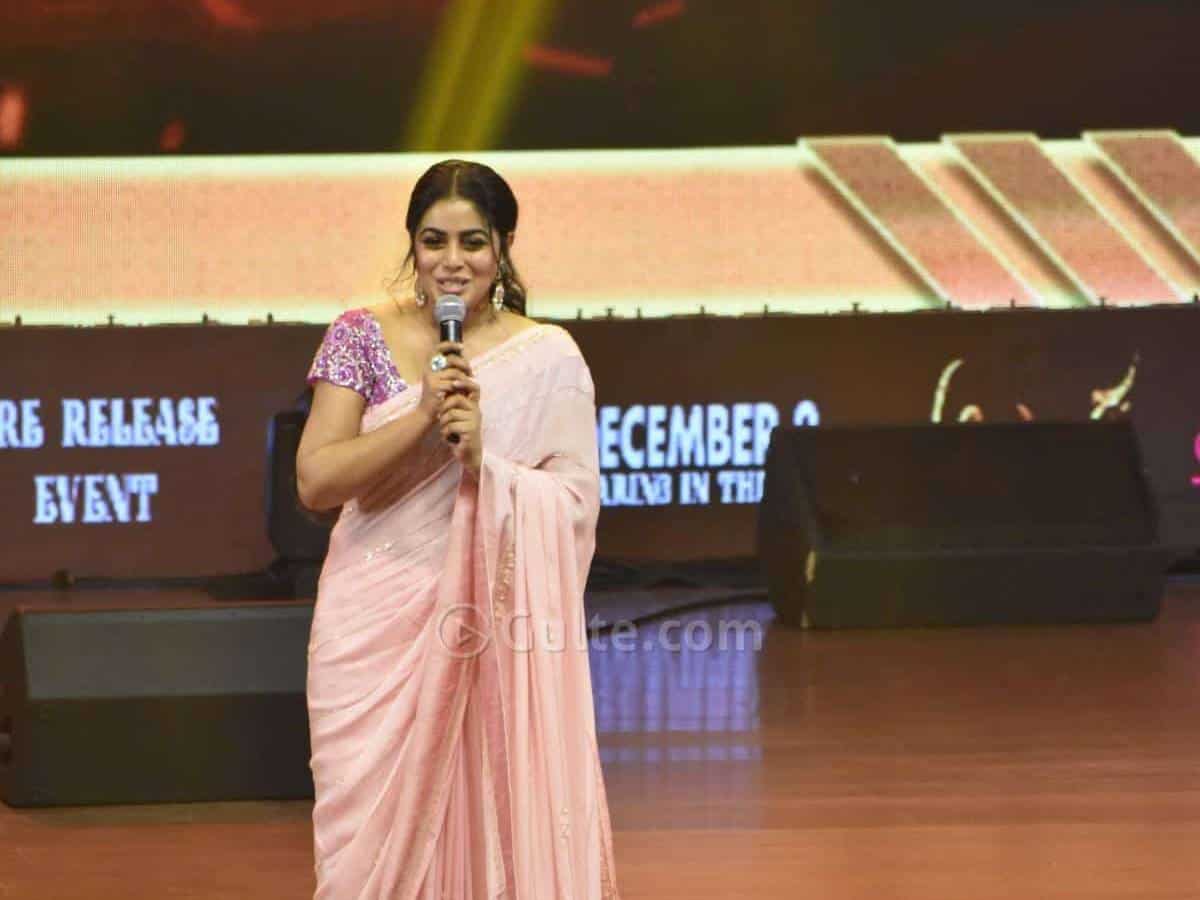 Balakrishna Nandamuri and Pragya Jaiswal are playing the lead roles in Akhanda. Actress Poorna is also playing a key role in the film. Talking at the pre-release event of the movie on Saturday, Poorna called Balakrishna as her godfather. She also heaped praises on Allu Arjun who graced the occasion as the chief guest.

“Thank you Boyapati sir for giving me a strong character in a big-budget film,” said Poorna giving the slogan “jai balayya”.

“I am from Kerala and I worked with many artists but I have not worked with someone who is energetic and down to earth like Balakrishna garu. You are not just my role model sir but you are my Godfather,” said Poorna about Balakrishna.

Poorna also thanked Allu Arjun for gracing the occasion. “Thank you, my friend, chocolate boy Bunny garu for coming here. Bunny garu is the reason for the Telugu film industry getting popular in Kerala,” she said.

The film also features Pragya Jaiswal, Srikanth, Jagapathi Babu, and others in other lead roles.

Akhanda is hitting the screens on 2nd December.