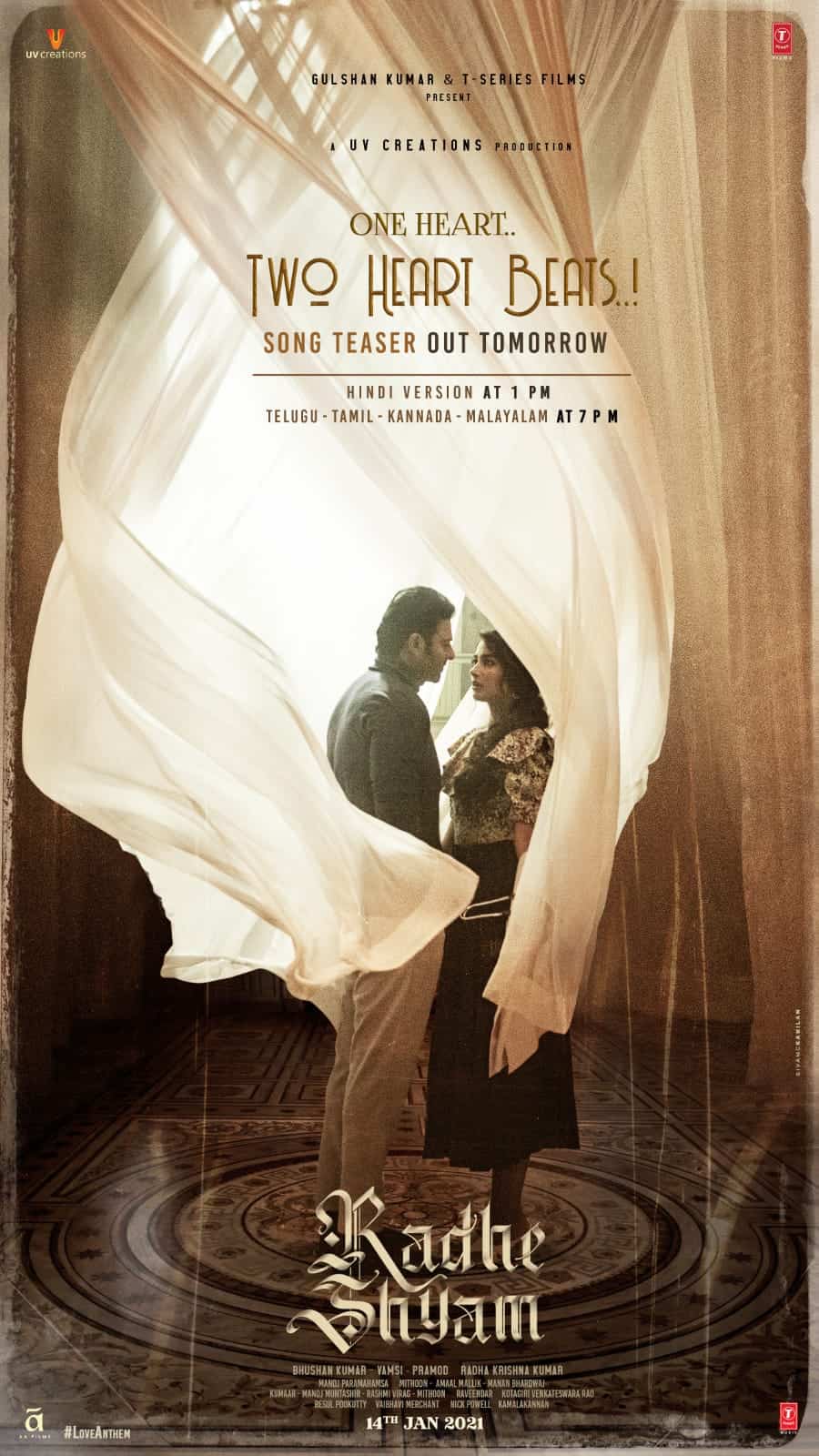 With the recently launched Ee Raathale song emerging a chartbuster, makers of Prabhas-starrer Radhe Shyam are now gearing up to release one more single from the film.

Before the launch of One Heart, Two Heart Beats song, its teaser will be unveiled tomorrow. While the Hindi teaser will be released at 1 pm, that of Telugu, Tamil, Malayalam and Kannada versions will be launched at 7 pm.

Billed as a romantic entertainer, Radhe Shyam has Pooja Hegde as the heroine. The movie is directed by Radha Krishna Kumar.

Vamsi, Pramod and Praseedha are producing the movie on a lavish budget under Gopi Krishna Movies Pvt Ltd and UV Creations banner. Radhe Shyam will be presented by ‘Rebel Star’ Dr U V Krishnam Raju.

Justin Prabhakaran is scoring the music, while cinematography is being handled by Manoj Paramahamsa. The film will hit the screens in multiple languages on January 14, 2022.