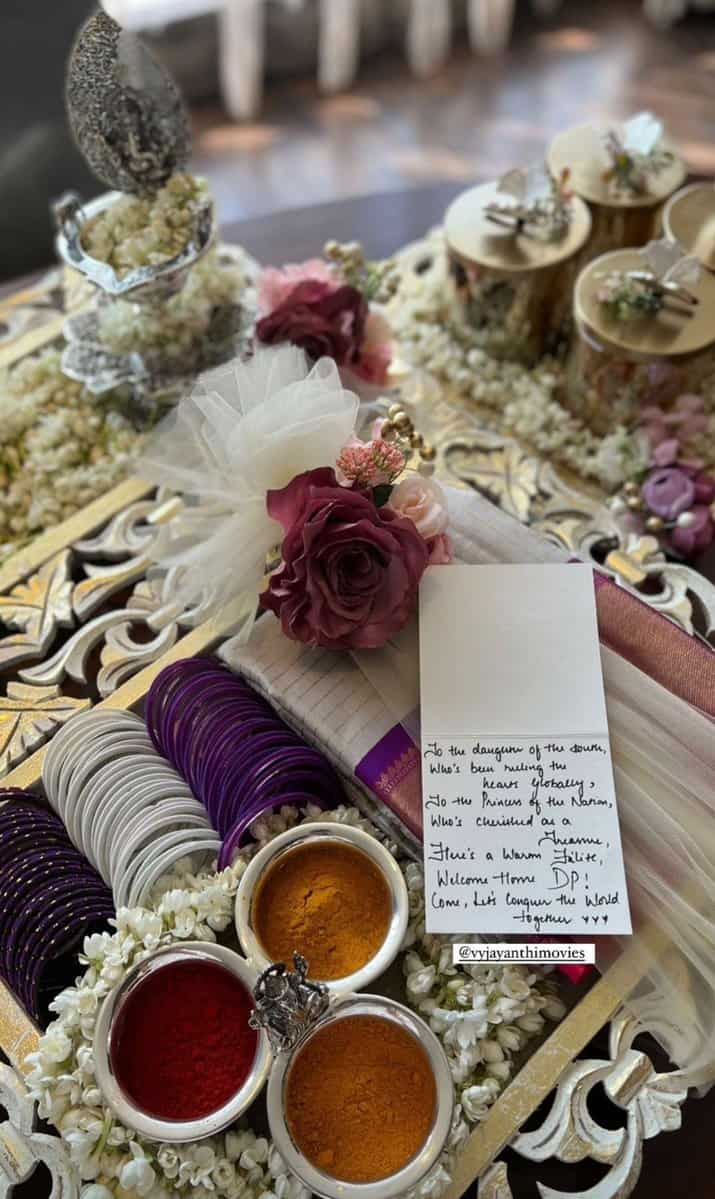 Bollywood actress Deepika Padukone landed in Hyderabad this morning and she will be kick-starting shooting for ‘Project – K’ starring pan India star Prabhas. As Deepika arrived in the city, she received a traditional welcome from the ladies of Vyjayanthi Movies banner.

The Twitter handle of Vyjayanthi posted a picture which had a saree, bangles, flowers, Kumkum, Turmeric and Gandham (sandalwood powder) neatly decorated in a beautiful tray. A note was also seen in the picture which read, “To the daughter of the south, who’s been ruling the hearts globally.  To the princess of the nation, who’s cherished as treasure. Here’s a warm elite welcome home DP! Come let’s conquer the world together.”

‘Project – K’ is being directed by Nag Ashwin and a major schedule will commence from tomorrow in Hyderabad. The prime cast are also expected to take part in this schedule of shooting.

Touted to be a fantasy drama, the film is being made on a massive budget between Rs 400 to Rs 500 crore.

Dani Sanchez-Lopez is handling the cinematography.