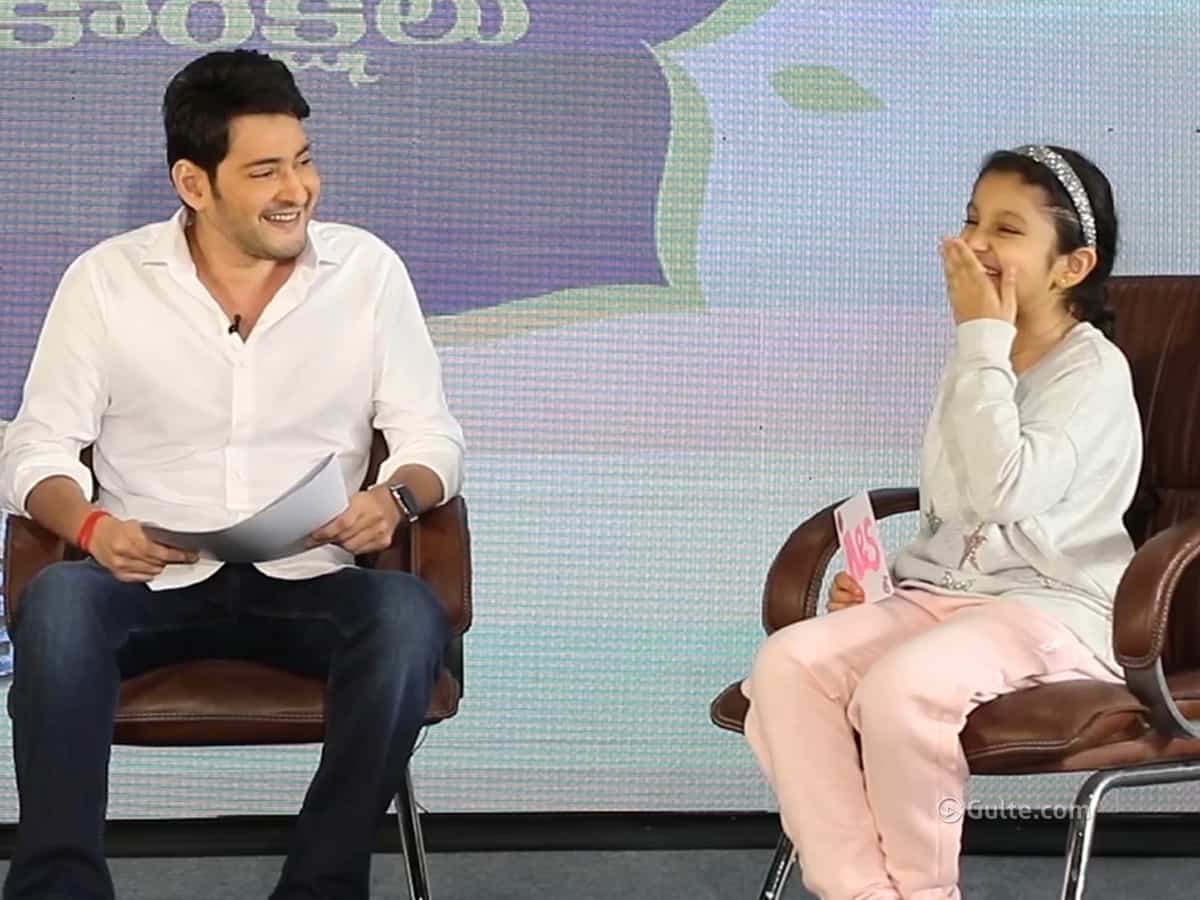 Sometimes, actors prefer not to show a few scenes from their films to their kids. Even kids don’t like watching some of their parents’ scenes on the screen. Apparently, Superstar Mahesh Babu’s daughter Sithara Ghattamaneni doesn’t like action scenes in her father’s films.

In a recent interview with the English Daily, Mahesh was asked about how his children respond while seeing him dancing with a heroine or fighting with villains. Mahesh responded by saying, “They don’t like the action part. Whenever a fight scene comes on, they just go out, especially my daughter.”

The actor said that apart from the action parts, his kids thoroughly enjoy his movies. Mahesh watches his every film on the first day of the release along with his family at his home. He calls it an amazing experience.

“When you work so hard, the ultimate reward is to watch the film with your children,” he went on to say. The Pokiri actor also feels nervous about how his kids will respond to his movies. “So, lots of excitement and nervousness together in one day,” he further added.

Mahesh is currently occupied with the works of his upcoming film Sarkaru Vaari Paata. Directed by Parasuram Petla, this movie features Keerthy Suresh as the female lead.