Samantha Is The 10th Most Searched Female Celebs 2021 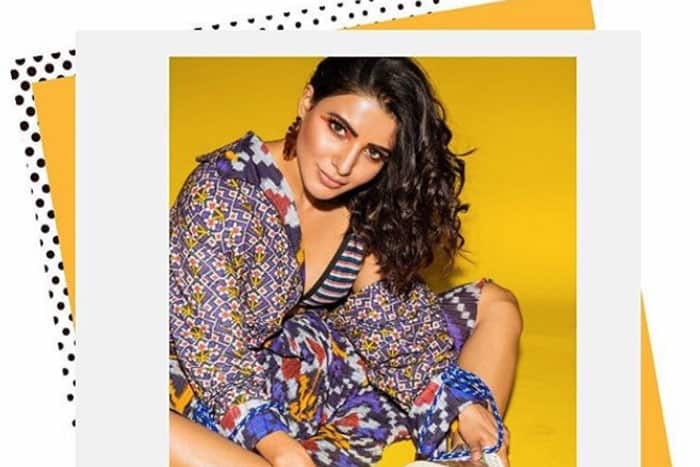 Samantha has become the most popular actress this year in the South for several reasons. It is unfortunate that Sam is highlighted for her split up with Naga Chaitanya alone but there are various factors why the actress deserves the label ‘most-searched’. To the unversed, Samantha has made it into Yahoo India’s most searched female celebrity list for this year.

She was listed 10th on the list and we believe, apart from her divorce, she stood as an inspiration to many for being an ultimate guide to cope up with heartbreak. And no wonder she became most-searched in the South as people were in awe to see her renewing her faith in the power of meaningful connections of late.

Meanwhile, Kareena Kapoor Khan topped the list and her popularity this year amped up due to her second pregnancy, her son Jeh Ali Khan, and a pregnancy book that she wrote. Katrina Kaif, Priyanka Chopra, Alia Bhatt and Deepika Padukone occupied the 2nd, 3rd, 4th and 5th positions respectively.

In men celebrities, the late Sidharth Shukla is the most-searched actor this year. The actor’s sudden demise came as a shock to all his fans and friends in the industry. The list has Salman Khan, Icon Staar Allu Arjun, Puneeth Rajkumar in 2nd, 3rd, and 4th places.

Talking about the most searched personalities, Prime Minister Narendra Modi has once again claimed the title of the Most Searched Indian Personality of the year as per Yahoo 2021 Year. He had a brief slip last year from the top spot with late actor Sushant Singh Rajput taking his position. Cricketer Virat Kohli came at the second position, while the surprise entry was that of West Bengal Chief Minister Mamata Banerjee who bagged the third spot after a decisive win in the Assembly Election.