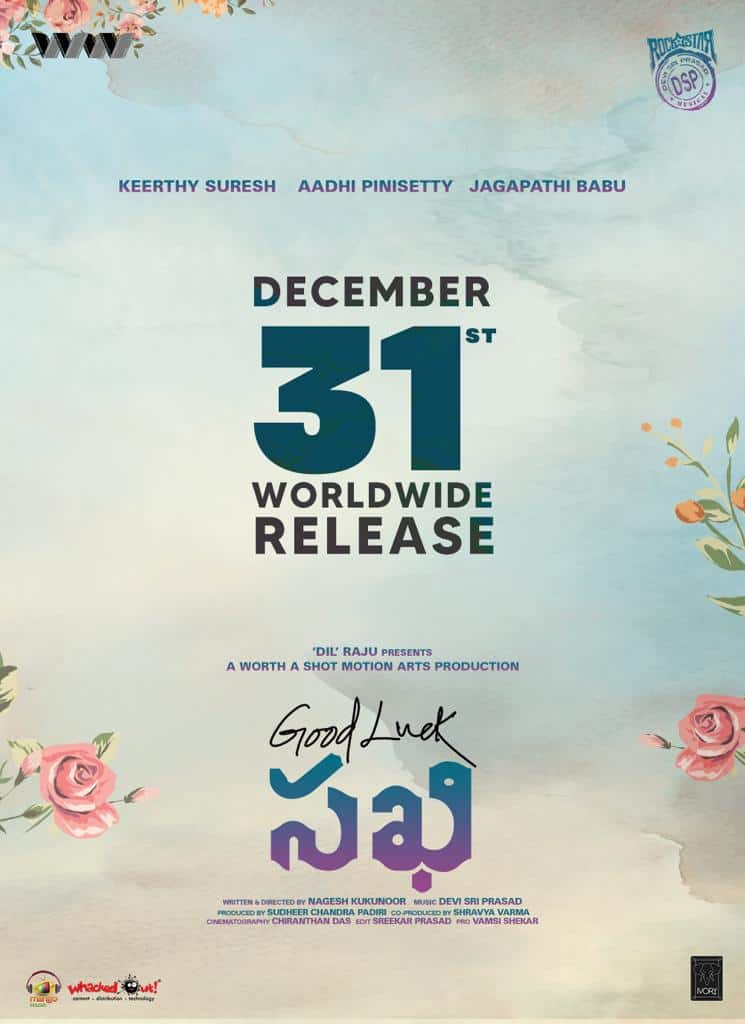 Keerthy Suresh starrer Good Luck Sakhi was supposed to hit the screens on 10th December but the film unit postponed it. Taking to Twitter on Sunday, the producers confirmed that the film has been pushed to the year-end and the new release date is 31st December.

Confirming the film’s postponement, producer Shravya Varma took to Twitter and wrote, “We are working hard to get this movie to you at the earliest but due to some unforeseen issues, we had to push the release of #goodlucksakhi to December 31 st . Hoping for you’re support and blessings.”

Keerthy Suresh’s film will be the last film to hit the screens in Tollywood this year. Aadhi Pinisetty and Jagapathi Babu are also playing crucial roles in this sports drama, set in a rural backdrop.

Critically acclaimed Hyderabad-born filmmaker Nagesh Kukunoor is the film’s director and the film marks his debut in Tollywood. Dil Raju is presenting the film.