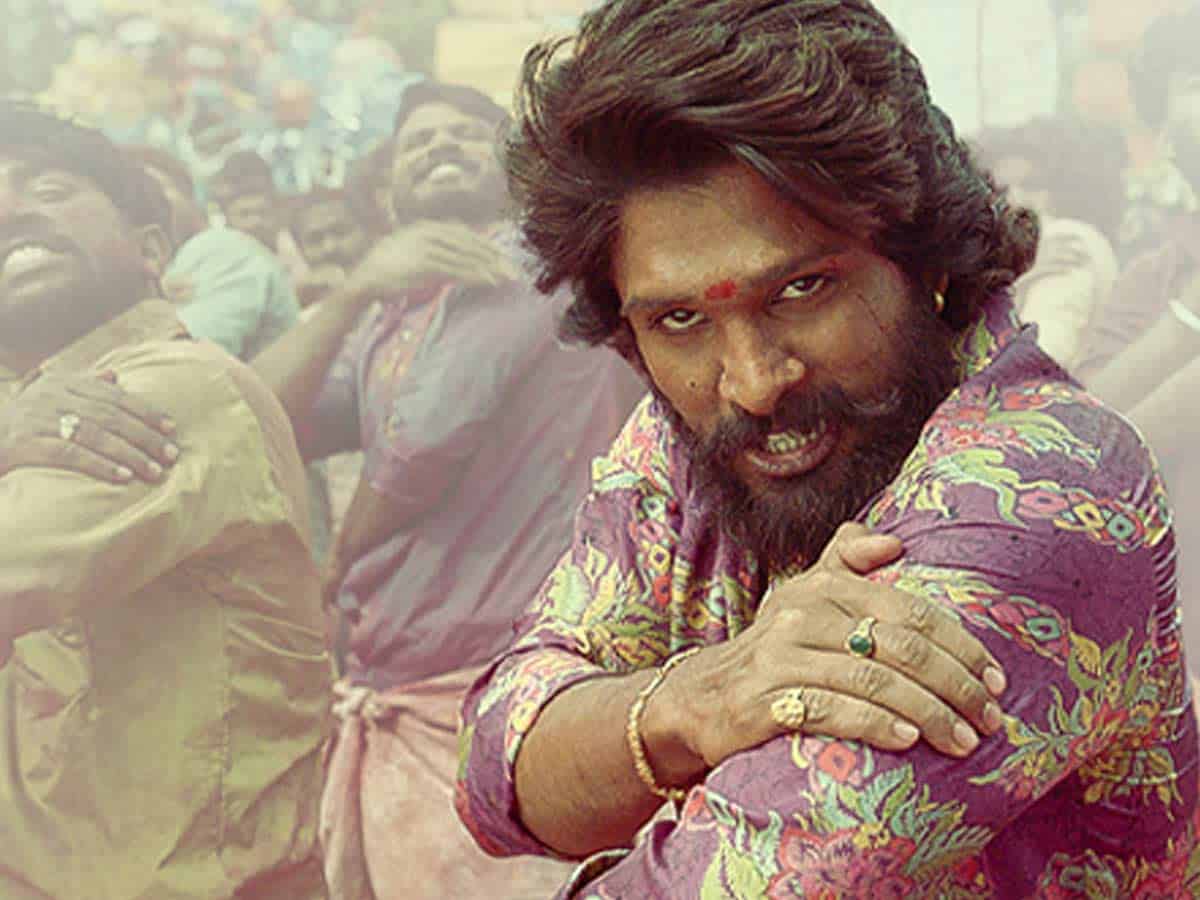 Allu Arjun’s latest movie Pushpa is all set to hit cinemas on December 17th and a recently released glimpse of the film is promising some rugged mass treat for the audience. Now that Akhanda gave a boost to the film industry, surely Pushpa will be cashing on that craze and take the success of this panic-stricken industry to a next level.

Reports are doing rounds that two sequences from this Sukumar directorial are going to be terrific on the silver screen.
Apparently, a fight sequence that involves Allu Arjun riding the bike in the thick terrains of Nallamala forest when goons are chasing him, is going to be a big highlight of the film. The whole sequence is said to have turned out quite pulsating for the fans and audience to feel the thrill of it.

At the same time, a scene where Allu Arjun is caught by the police and tortured to the core to give details about the hidden red sanders in the jungle is said to have turned out pretty interesting.
This particular scene is said to have unveiled the new actor in the mega hero which audiences are dying to see. On a whole, the buzz around Pushpa is building up huge and we have to see how Sukumar and his hero lives up to it.