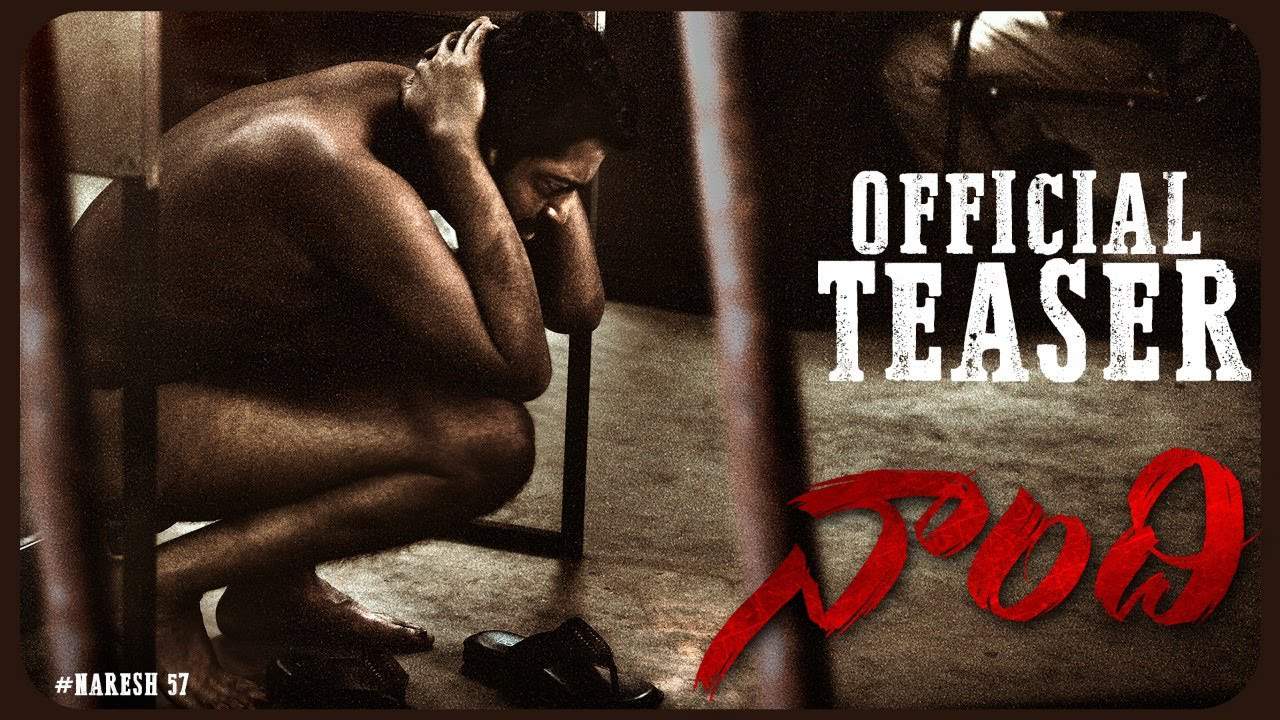 Successful director Harish Shankar gave voiceover for the video. He reports the number jails, prisoners and under trial hostages in 29 states of India until 2015. One such under trial prisoner is Naresh whose life turns upside down ever since he is arrested.

Like in posters, the FIR also shows Allari Naresh going naked during interrogation in prison. Apparently, he spends ages in the jail as we can see lots of variation in his face and body.

Varalakshmi Sarathkumar is seen as an advocate and Harish Uthaman as an unkind police officer.

Naresh has come up with a settled performance which is required for the character. The jail atmosphere is accurately shown. Visuals are mostly grey true to the story and the genre. Sricharan Pakala complements the visuals with his wonderful re-recording.

Directed by debutante Vijay Kanakamedala and bankrolled by Satish Vegesna, Naandhi has completed 80 % of the shoot.