Video: Niharika’s Skydiving Is Scary But Gives Us Adventure Goals 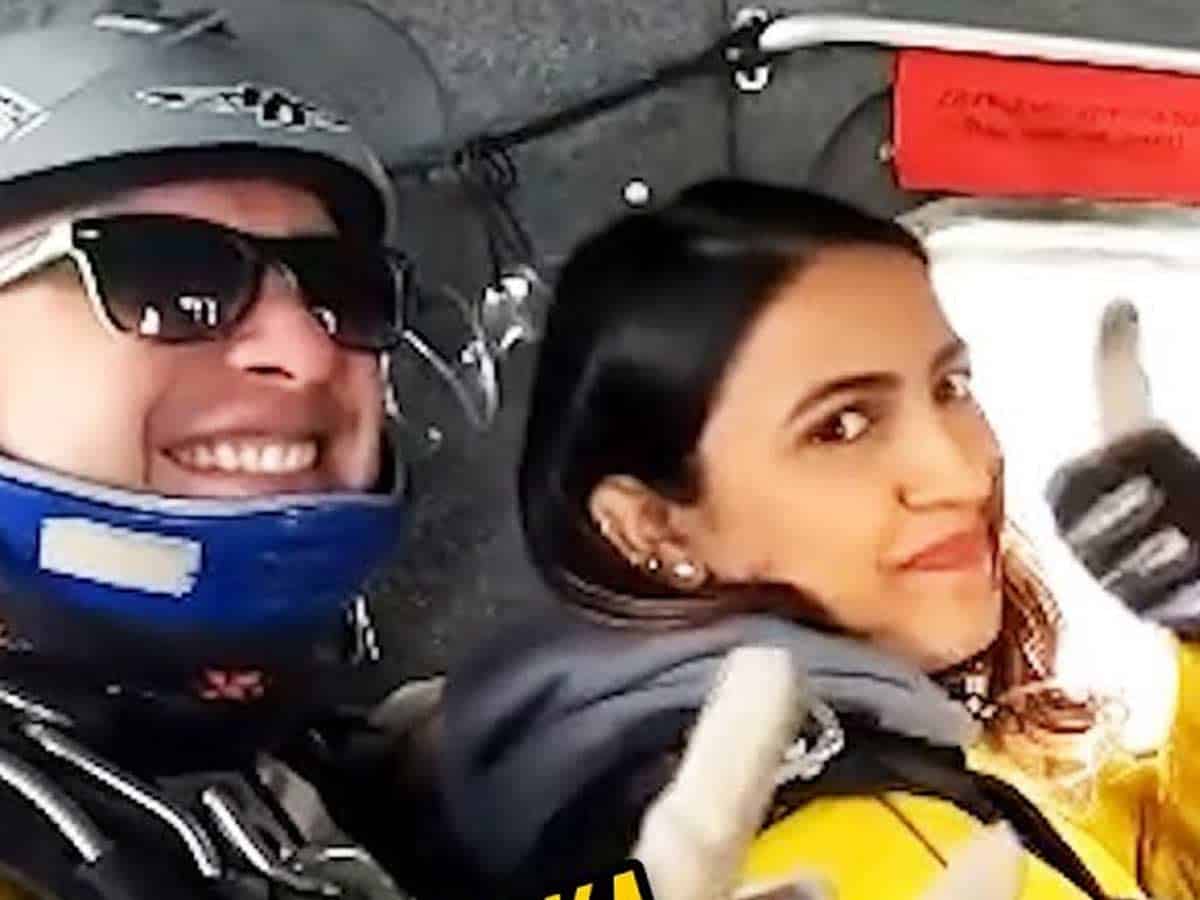 Niharika Konidela and her husband Chaitanya are currently holidaying in Spain. Niharika has been treating her social media followers with stunning pictures from Spain, filled with the beaches of the famous Costas and amid incredible Roman ruins. Yesterday, Niharika also shared a video where she proudly showed the world how she completed skydiving which is one thing that ticked off their bucket list.

Sharing the video, Niharika captioned “I did it guysss! My ‘Aapandroiii’ moment!! But I felt so ecstatic!!”. Several fans and friends from the industry left comments, praising Niharika for her feat and one of them is actress Lavanya Tripathi who also lauded Niharika. The video shows her in the airplane, all set to try skydiving.

She jumps from the plane with her instructor strapped to her. As they approached the ground at great speed, the scariness faded with the parachute opening up, followed by a gentle touchdown. The couple, who flew to Spain for a swanky vacay, just ahead of their first anniversary, also travelled to many intriguing tourist spots together.

Earlier, she also posted a hilarious video taken in their car, and we can see Niharika giving funny excuses for not trying Skydiving. “What if the parachute doesn’t open, what if they run out of fuel?” she asks. The couple will celebrate their first anniversary on December 9