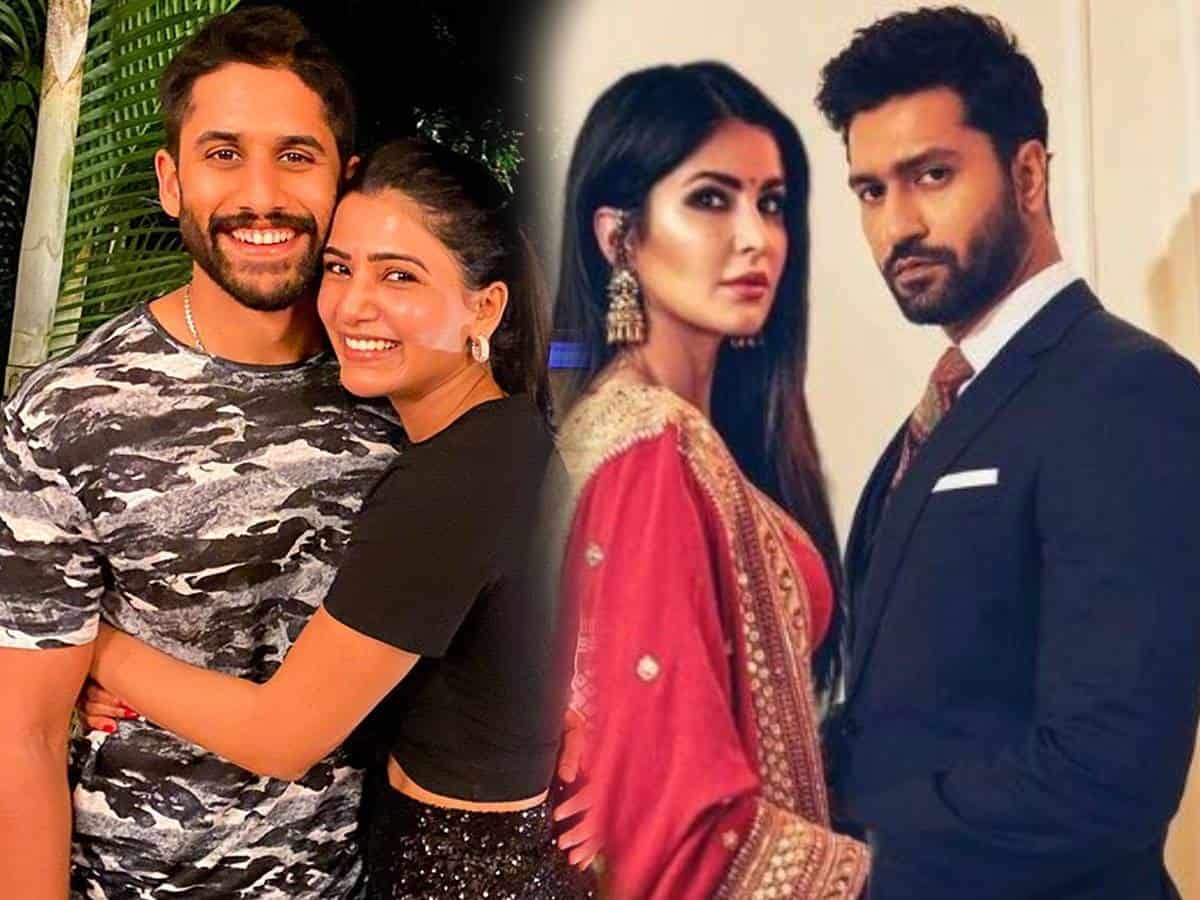 The whole of India is currently talking about the wedding of superstar heroine Katrina Kaif and acclaimed hero Vicky Kaushal.

This is because Bollywood is witnessing such a big wedding after a long time with the last one being Ranvir Singh and Deepika Padukone’s wedding. And here’s an interesting piece of information about the wedding.

Among the celebrities that come from different religions, usually, they do a simple wedding ceremony like how Saif Ali Khan and Kareena Kapoor resorted to a registered marriage, and later they will throw a huge reception party.

But then, when Telugu stars Samantha and Naga Chaitanya got married, they did it twice. For Sam, Chay took part in the Christian wedding and for Chay, Sam walked the holy seven steps around the sacred fire. In simple, they got married both as per Hindu and as per Christina tradition.

With Katrina being a Christian from the United Kingdom, even now Vicky will get married to her in the Western style and then they will be tying the nuptials as her Hindu tradition too. Not many prefer these type of two weddings as it takes more time and budget as well, but it looks like love birds Katrina and Vicky want to respect both of their families and hence getting married twice.