They Ignored Me: Alia Bhatt On NTR & Charan 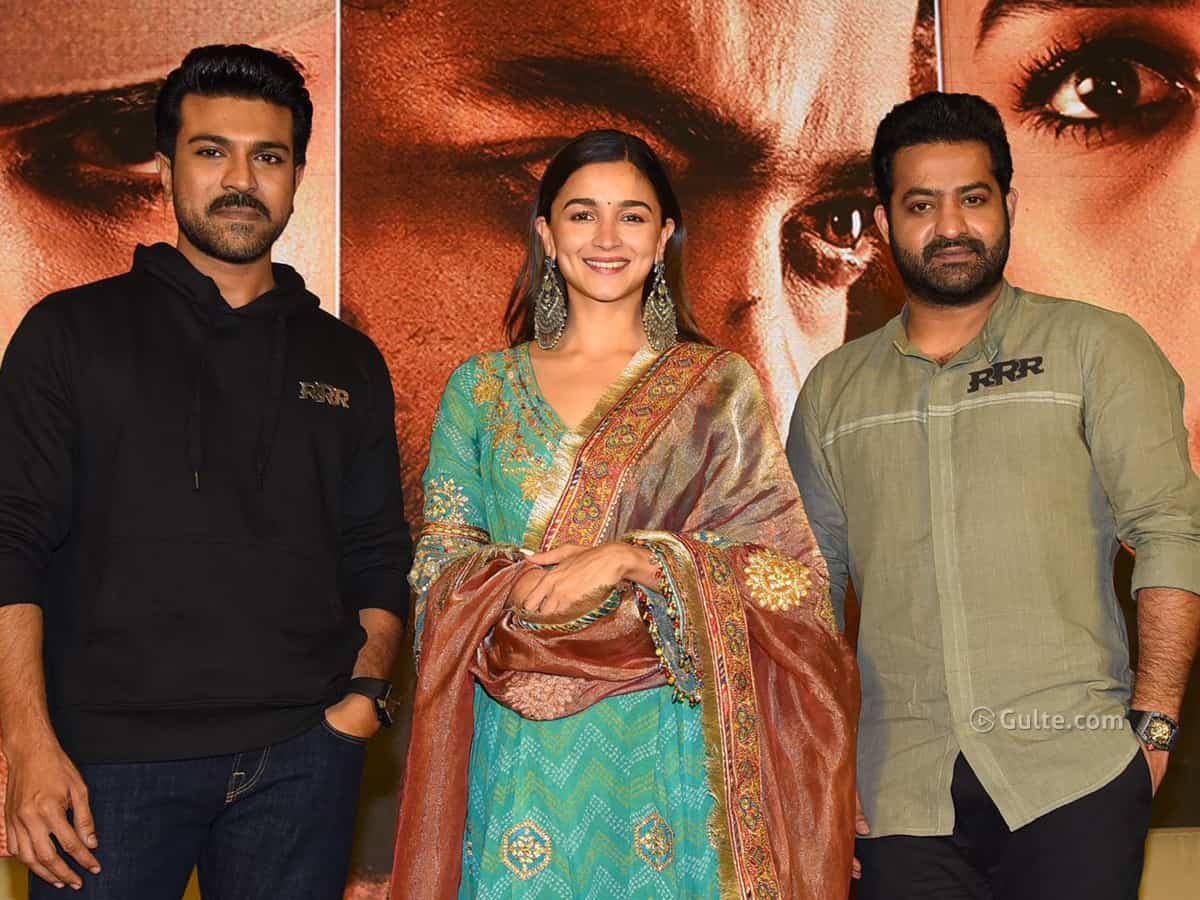 The RRR movie team has been aggressively promoting the film. After unveiling the visual spectacle trailer and having a whirlwind of promotions, the RRR team has addressed the Tollywood media today in Hyderabad.

Bollywood actress Alia Bhatt, who had a shoot today, had postponed her shoot and took time off to attend the press conference of RRR in Hyderabad. During her interaction with Telugu media, Alia impressed with her Telugu.

“Ela Vunnaru? Meeru Bagunnara?” “RRR Trailer Pagilipoindi,” started off Alia. Rajamouli said that Alia has learnt Telugu for a year and she is now very familiar with the language and she understands the language well. “During the lockdown, I learnt Telugu through Zoom calls from a tutor. Since there’s lockdown, I couldn’t personally meet him.”

Alia said that funnily that she was ignored as both NTR and Charan were busy among themselves. Alia added that working with NTR and Charan was “fabulous”. Alia heaped praises on Rajamouli for his directorial brilliance and vision.