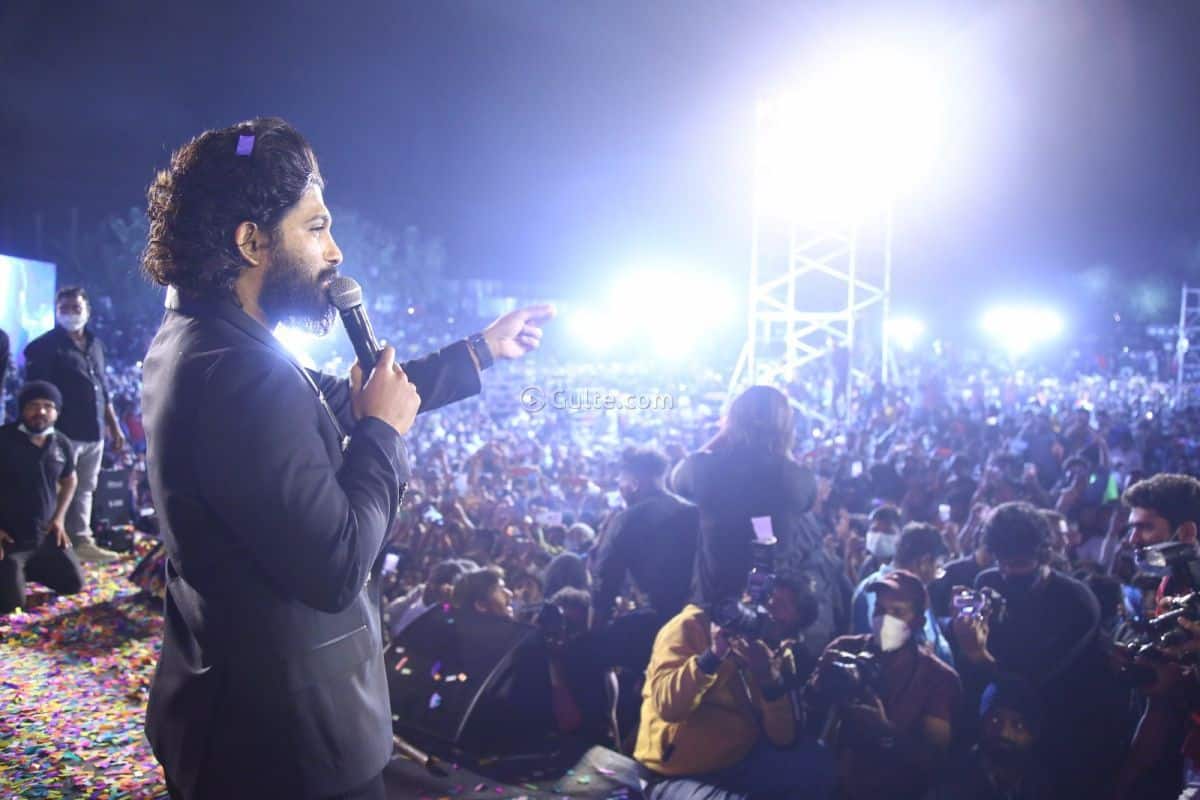 The Jubilee Hills police lodged a case against the producers of ‘Pushpa’ for allowing more than permitted people for the pre-release event held on Sunday. According to the police, Mythri Movie Makers hosted the pre-release event at Yousufguda police grounds and informed the cops that around 5000 people will be gracing the event.

But the police say that the event witnessed more than 5000 people and according to their estimates, it was more than 15,000 people. The police also confirmed that all the people who were at the venue were having passes sold by the event management company hired by the producers of ‘Pushpa.’

With a huge crowd at the pre-release event venue, the normal life of the surrounding area and traffic got disturbed. This is a complete mistake of the event organizers, said the police and accordingly a case was registered and a probe was also launched.

The team of Mythri is yet to react to the police case.