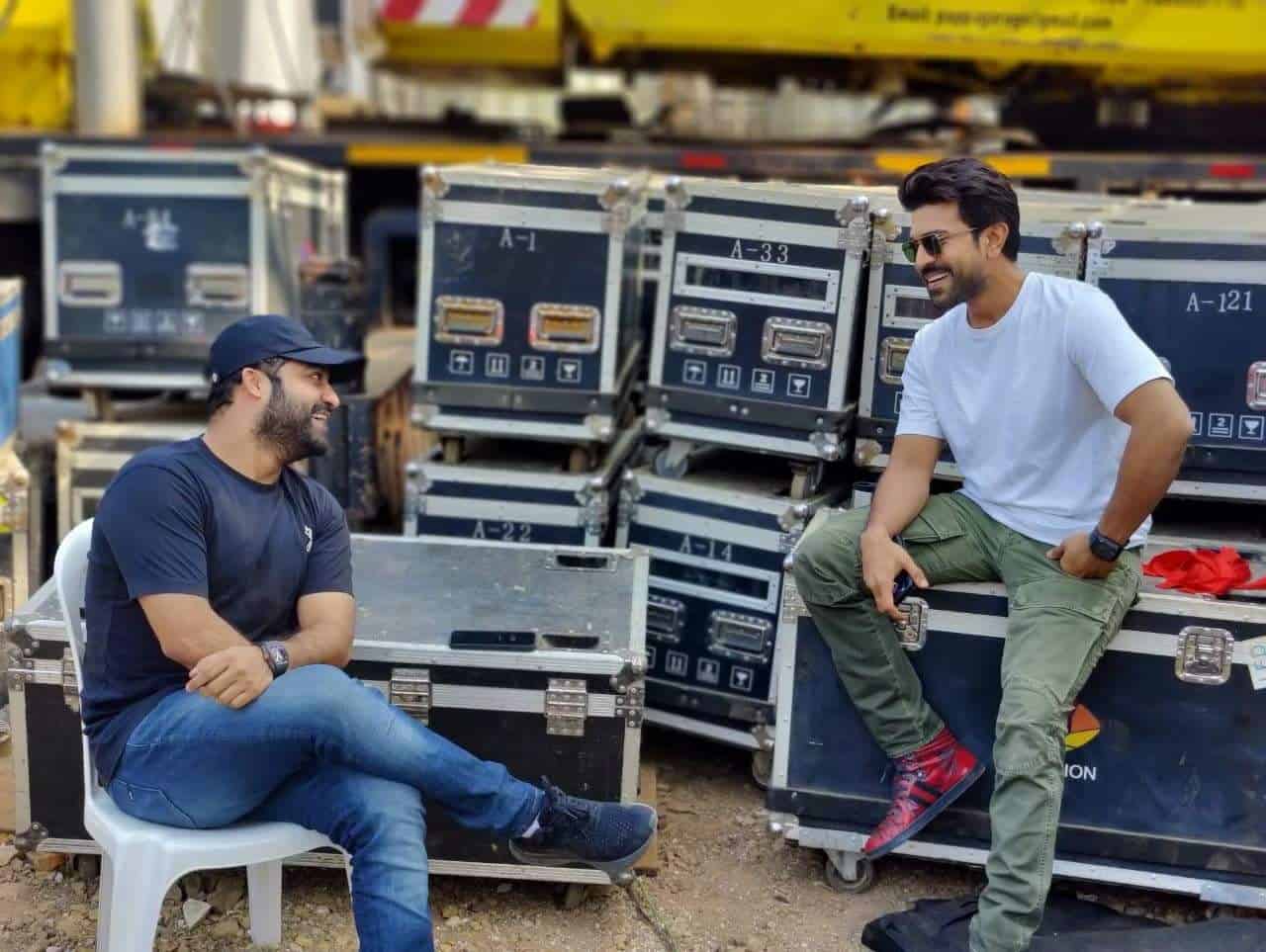 Team RRR is gearing up for the massive pre-release event which will be held in Mumbai tonight. The entire team already landed in Mumbai to oversee the arrangements for the biggest fan event ever in the city. The team has been sharing interesting pictures from backstage and a picture featuring Tarak and Charan is currently going viral on social media.

In a picture released by team RRR, we can see both Charan and NTR having a conversation at backstage.

“Backstage bromance… Gearing up for #RoarofRRRinMumbai,” wrote the team to the picture.

Dressed in a blue round-neck tee and jeans, Tarak is wearing a cap. On the other side, Ram Charan is dressed in a white round neck tee, and cargo jeans.