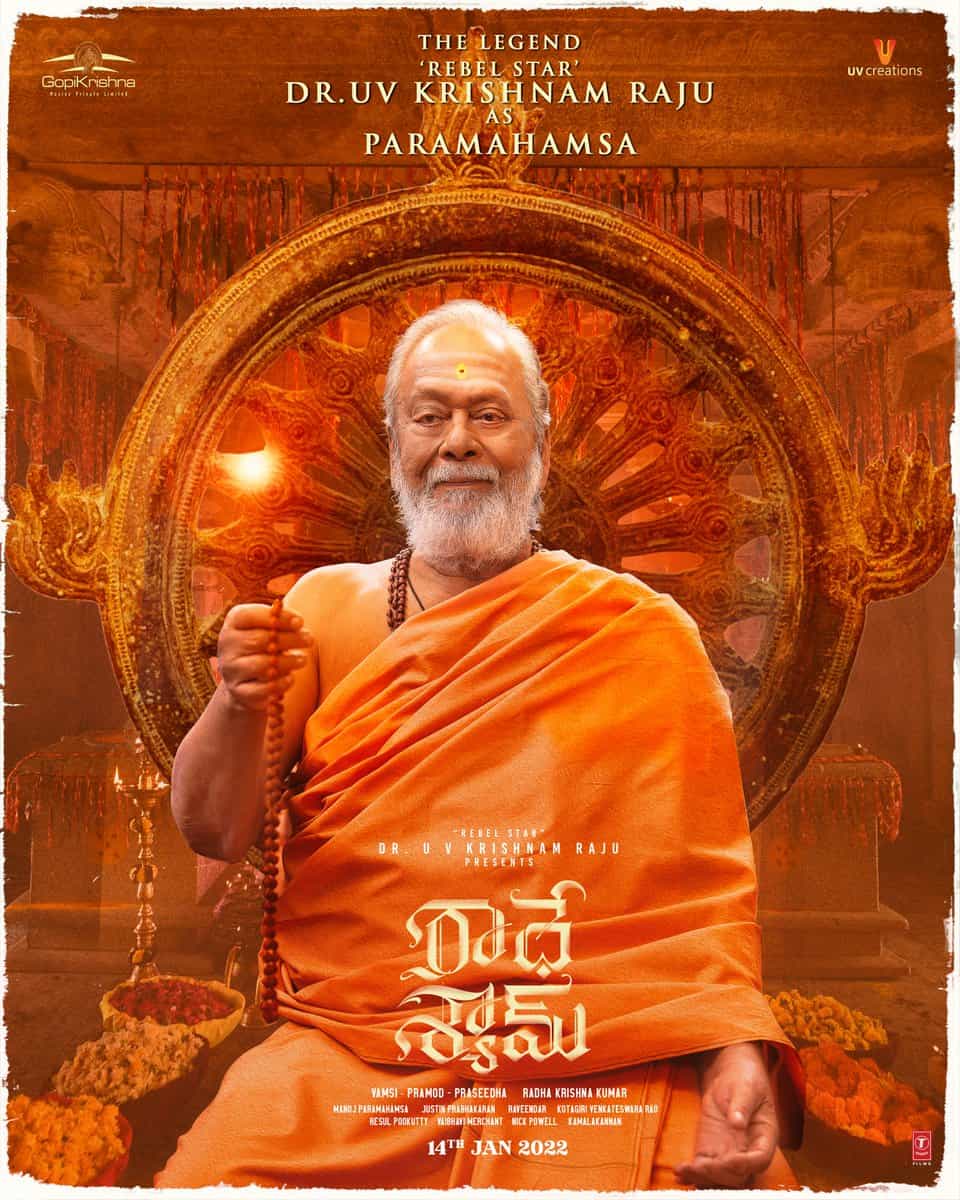 Here is the first look of Dr Krishnam Raju from Prabhas Radhe Shyam. The veteran actor plays Paramahamsa in the film which revolves around time travel concept.

Set in Europe of 1970s, Prabhas will be seen as Vikramaditya, a palmist, in the film. The film’s much awaited trailer will be unveiled on December 23rd at a grand gala pre-release event.

The epic love story has Pooja Hegde. She plays Dr Prerana in the movie. Directed by Radha Krishna Kumar, the film bankrolled by UV Creations, Gopi Krishna Movies and T Series. The film is being released simultaneously in Telugu, Hindi and other regional languages on 14th Jan, 2022. Justin Prabhakaran has composed the music.