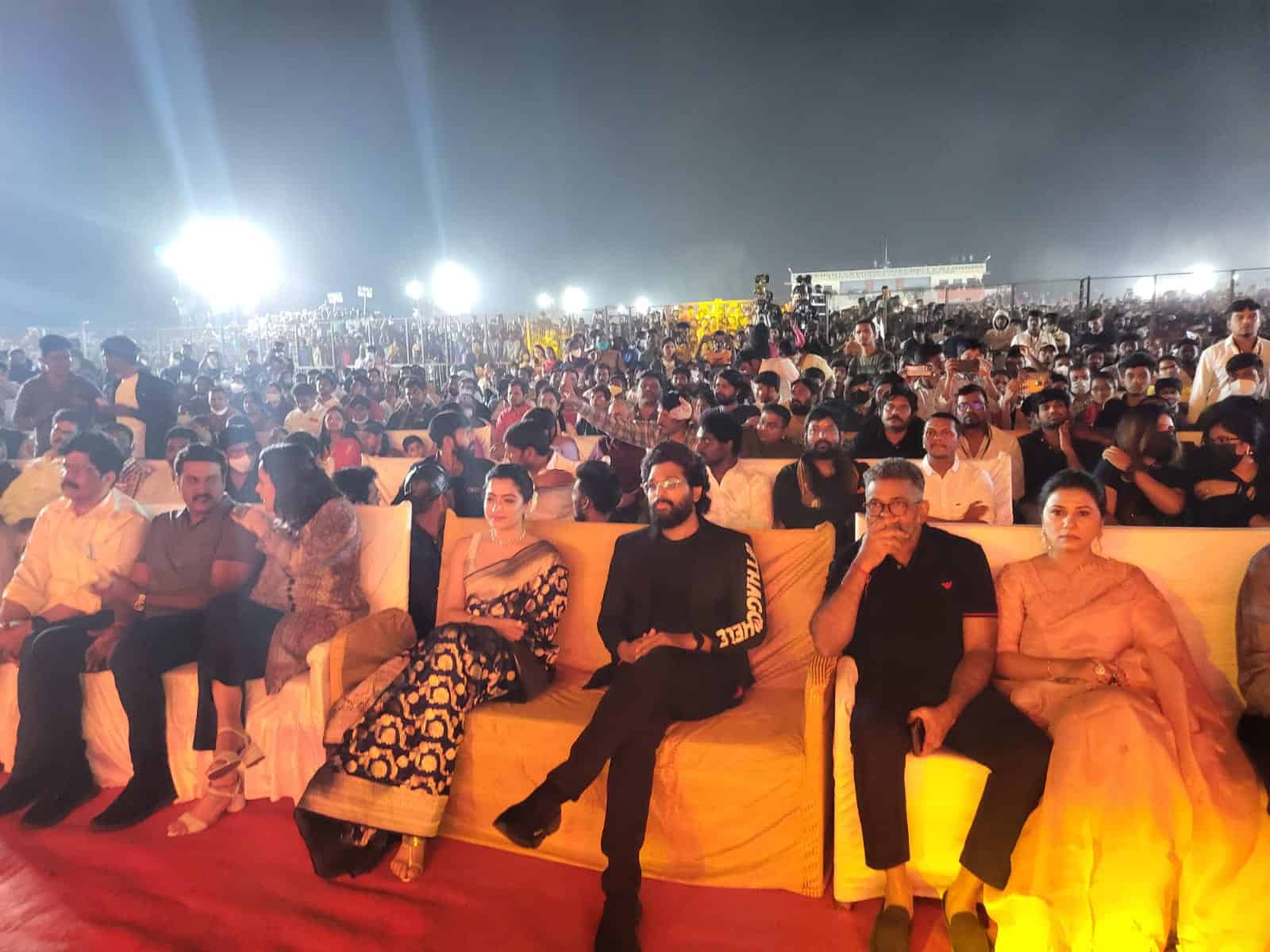 Pushpa Massive Success Party held at Tirupathi last night was a huge success with the attendance of large crowds. As per an estimate, over 40,000 people have attended the Pushpa event. It is not an ordinary feat to witness so many people at a public event in these times. Pushpa team has made it possible. Thanks to Allu Arjun’s mania and Pushpa euphoria which drew the people in large numbers. Since the film is set against Chittoor backdrop and Allu Arjun’s high-energetic performance as Pushpa Raj won acclaim, the Tirupathi event is so special which Allu Arjun himself had admitted on the stage.

Of the whole event, it is Allu Arjun’s speech that stood as a major highlight. Bunny mouthed authentic Chittoor dialogues at the event which got a thunderous applause all over. Crowds cheered, whistled and clapped for Allu Arjun’s speech.

This event is said to have given big boost to the film’s ongoing promotions. Already, the film is crossed the break-even mark in Hindi and entered into profits. The film is doing good well in Telugu and other languages including Malayalam which considered as Bunny’s bastion.

Surprisingly, the film is also doing well in Tamil. The Tuesday figures are quite encouraging. Pushpa team is expecting that the Christmas and New Year holidays are expected to work in its favour. In US, Pushpa has crossed 1.8 million USD and is marching towards 2 million USD. Mythri Movie Makers are buoyed with the film’s massive success and gearing up for the shoot of the second part, Pushpa: The Rule.