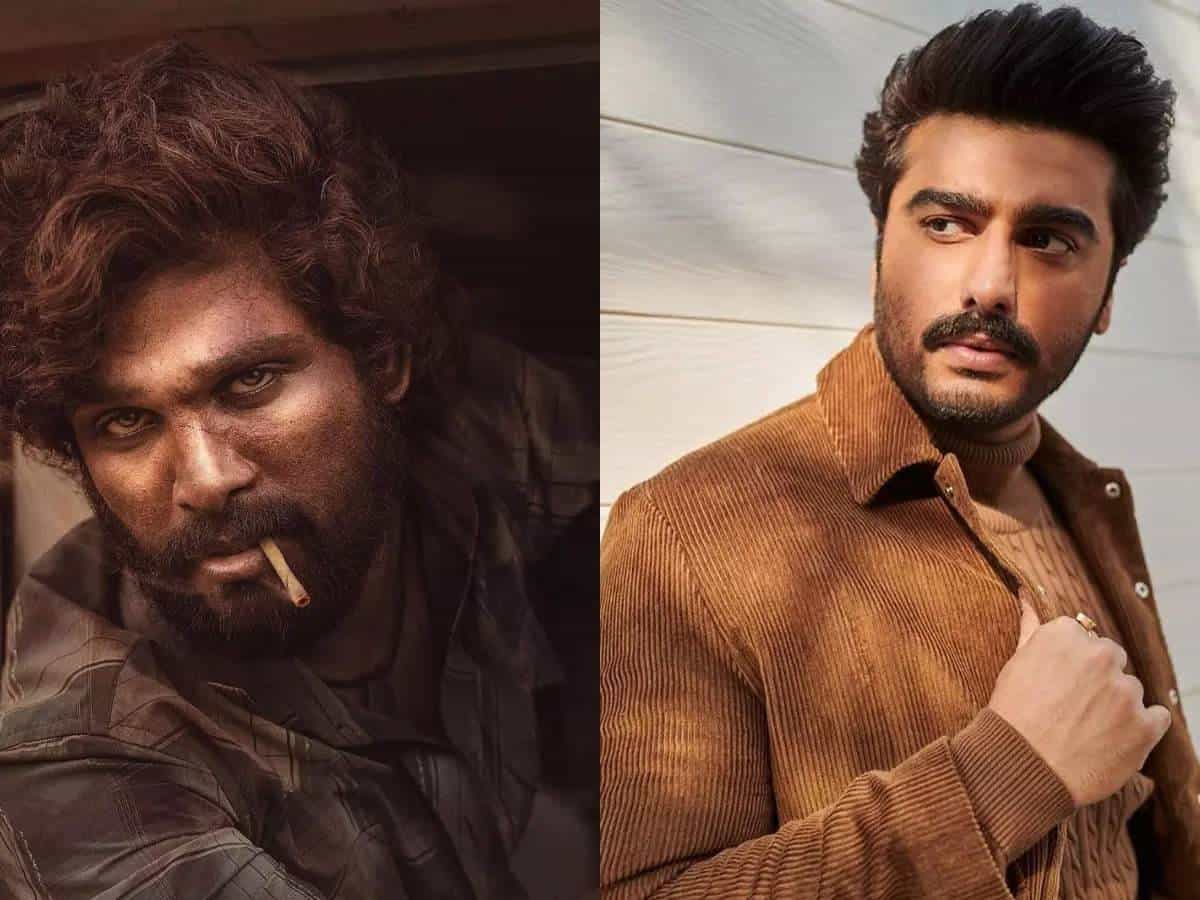 Stylish Star Allu Arjun has been a constant inspiration for the new generation of actors. Bollywood’s Arjun Kapoor, who came to the film industry nearly a decade after Allu Arjun’s entry confessed what a profound fan he is of the latter’s. Ever since the release of Pushpa: The Rise, Allu Arjun has been basking in the success of the film and is also receiving praises for his remarkable performance.

Among a plethora of fans and admirers, actor Arjun Kapoor also lauded Bunny and reviewed the movie on his social media account. The young actor took to his Instagram story and shared a still of Pushpa to express his fanboy moment. He said that he has been a fan of Bunny since the blockbuster Arya.

“Pushpa is not a film. It’s an experience, a juggernaut of attitude intensity and coolness put together in one smooth poetic motion picture…. @alluarjunonline for me was always Arya all these years & as a fan to see him from Arya to Pushpa was just amazing… Pushpa isn’t a flower it’s fire… The fire of his eyes burning on the big screen,” read the post.

Bunny was immensely touched by Arjun’s kind words. He reshared Arjun’s story and thanked him with a note – “Thank you soo much for such heartfelt words. Elated that you felt the fire.” “Thank you for all the love. Humbled”.