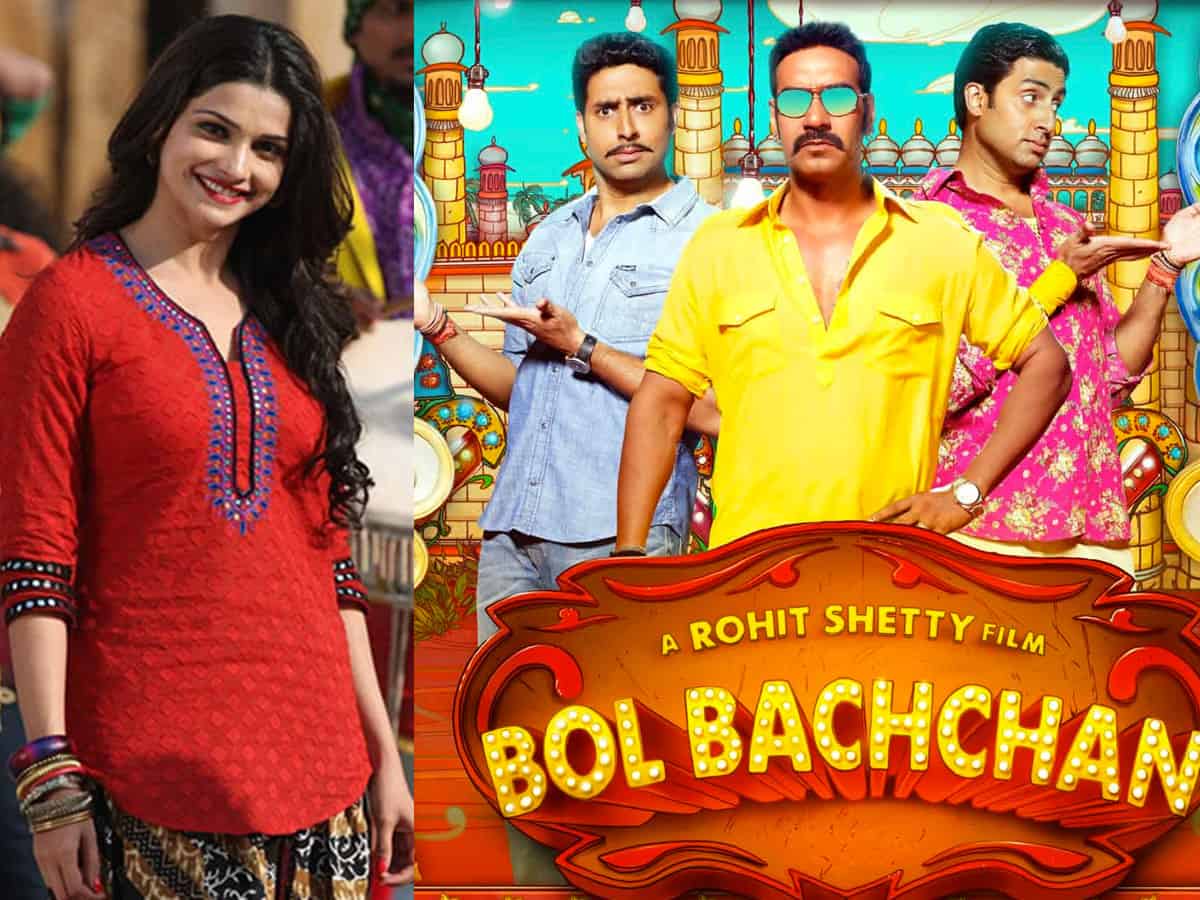 Sushant Singh escalated the nepotism and favoritism in the film industry to many levels up all of a sudden. Many small actors have been expressing their anguish in being sidelined and suppressed by the filmmakers who spread the red carpet to star-kids. Recently, the OTT release announcements of 2 films being deliberately ignored by the other 5 films of big stars are proudly announced, attracting the sharp tweets from two heroes.

In a similar incident yet again, beautiful actress Prachi Desai pointed out on her tweet to Ajay Devgan as the latter ignored all others except Abhishek and Amitabh Bachchan in his tweet. Ajay Devgan tweeted on completing 8 years of Bol Bachchan release and he managed to mention just Amitabh Bachchan and Abhishek Bachchan in his tweet but forgot Prachi Desai, Asin, Krushna Abhishek, Archana Puran Singh, Asrani, Neeraj Vohra, and Jeetu Varma.

Prachi Desai left a reply to the tweet from Ajay Devgan on how he forgot to mention the other main actors in the film, in a way to troll the Bollywood star’s ignorance. While the pictures posted by Ajay Devgan only had himself, Abhishek Bachchan, Amitabh Bachchan, and Rohit Shetty, his quote to them also said “When the Bachchans speak, I listen(especially Amitji)”.

We have to see if Ajay Devgan ignores Prachi’s Troll Tweet or he will add all the actors in a film when he tweets next time about celebrating the anniversaries of his releases.