Allu Arjun Thanks His Fans For 15 mn Insta Followers 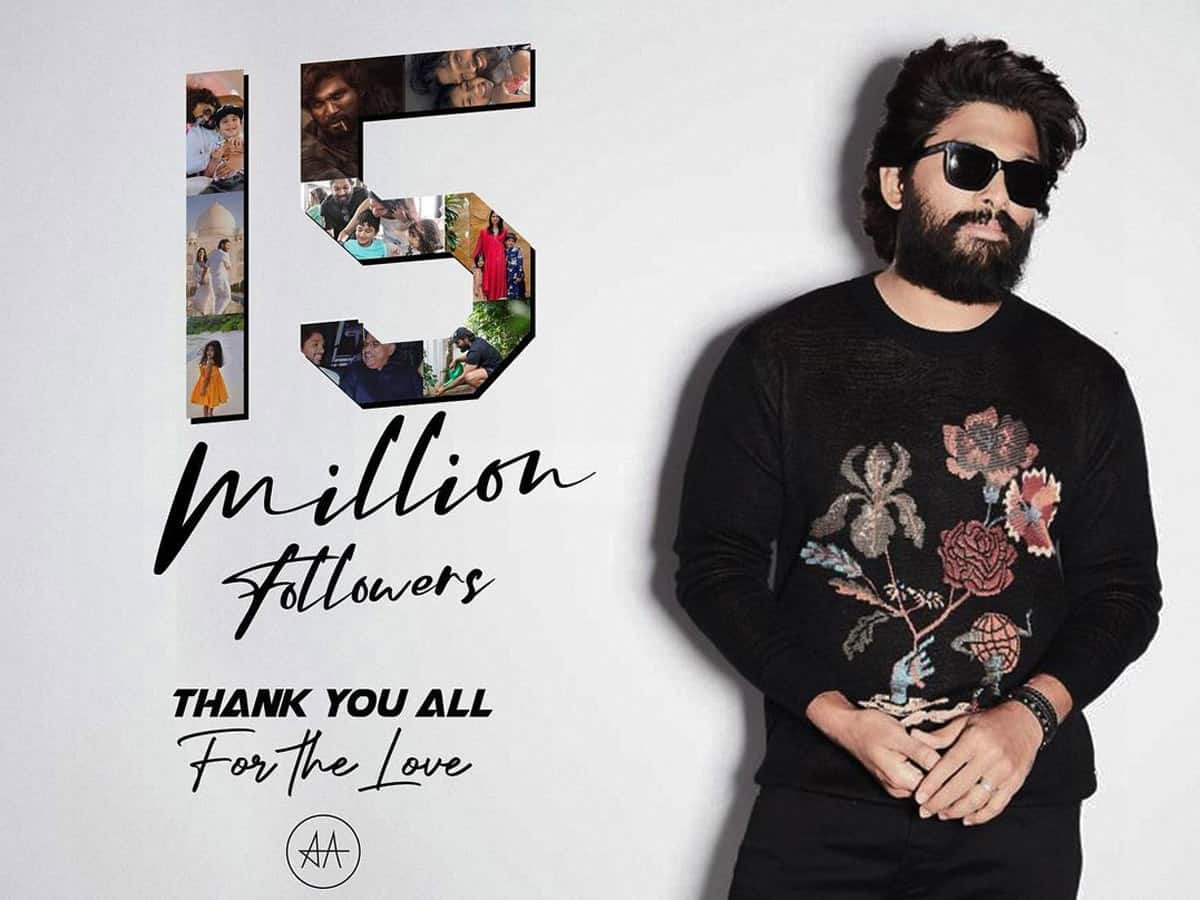 Allu Arjun has once again proved himself on social media. The actor has crossed the 15 million followers mark on Instagram.

Happy to have record number of followers, which is huge among south Indian stars, the Stylish Star turned Icon Star has now earned the sobriquet ‘Sultan of the South’.

Allu Arjun, who already has a star image in South India, has become a pan-Indian star with the movie Pushpa. Pushpa: Rise has brought an amazing response in all industries.