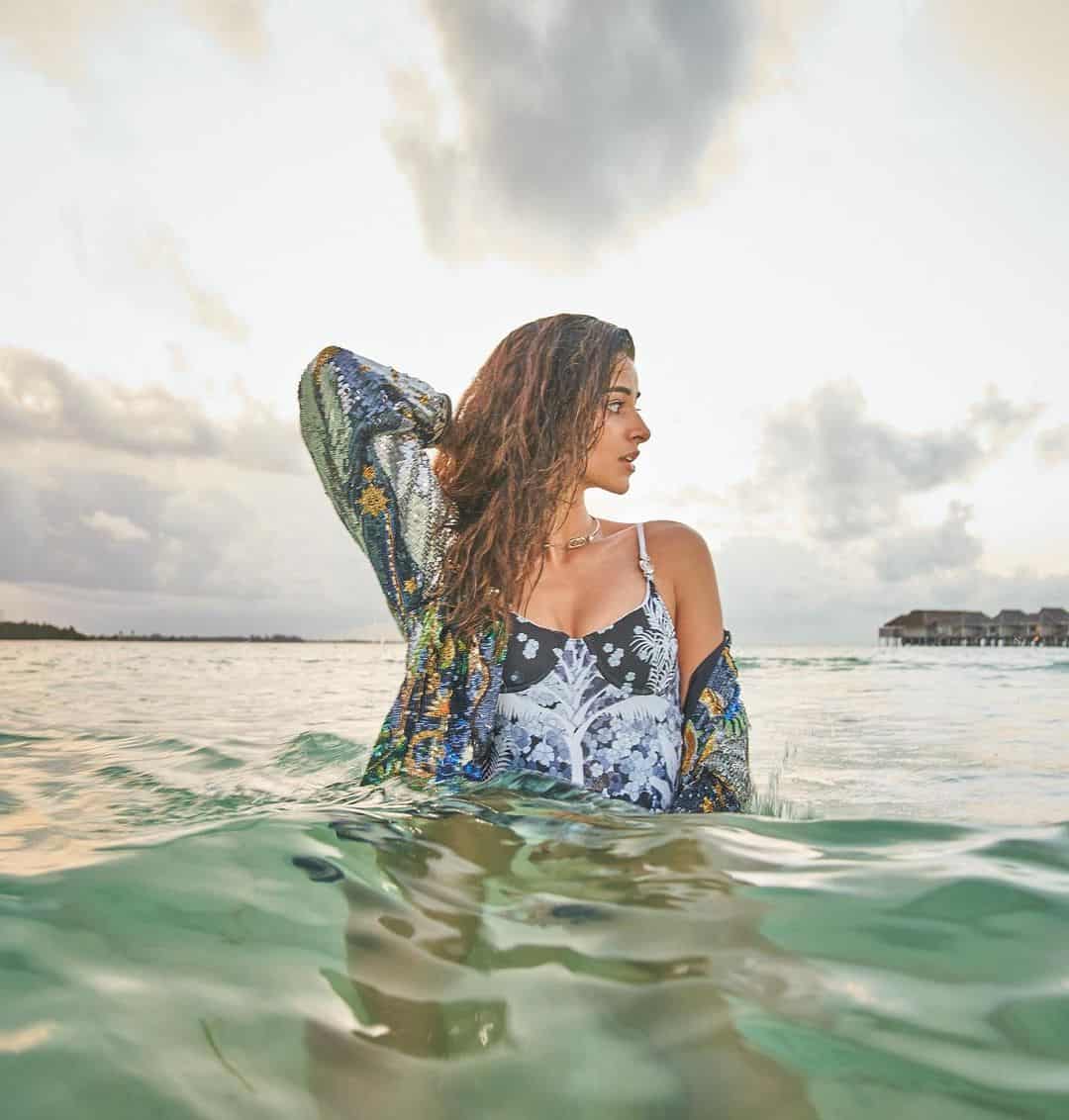 Bollywood’s young starlet Ananya Panday has made a successful debut with the 2019 romantic drama Student of the Year 2. Later, she was seen in films like Pati Patni Aur Woh and Kaali Peeli.

Of late, the 23-year-old actress has been setting the internet on fire by sharing stunning bikini pictures. Yesterday, she posted a set of photos in which she was seen in a printed monokini and a jacket.

Ananya looks no less than stunning in these beach-side pictures. Fans are now swooning over her beauty after looking at these pictures.

Apart from this film, Ananya is also acting in Vijay Deverakonda’s upcoming movie Liger, which is being directed by Puri Jagannath.