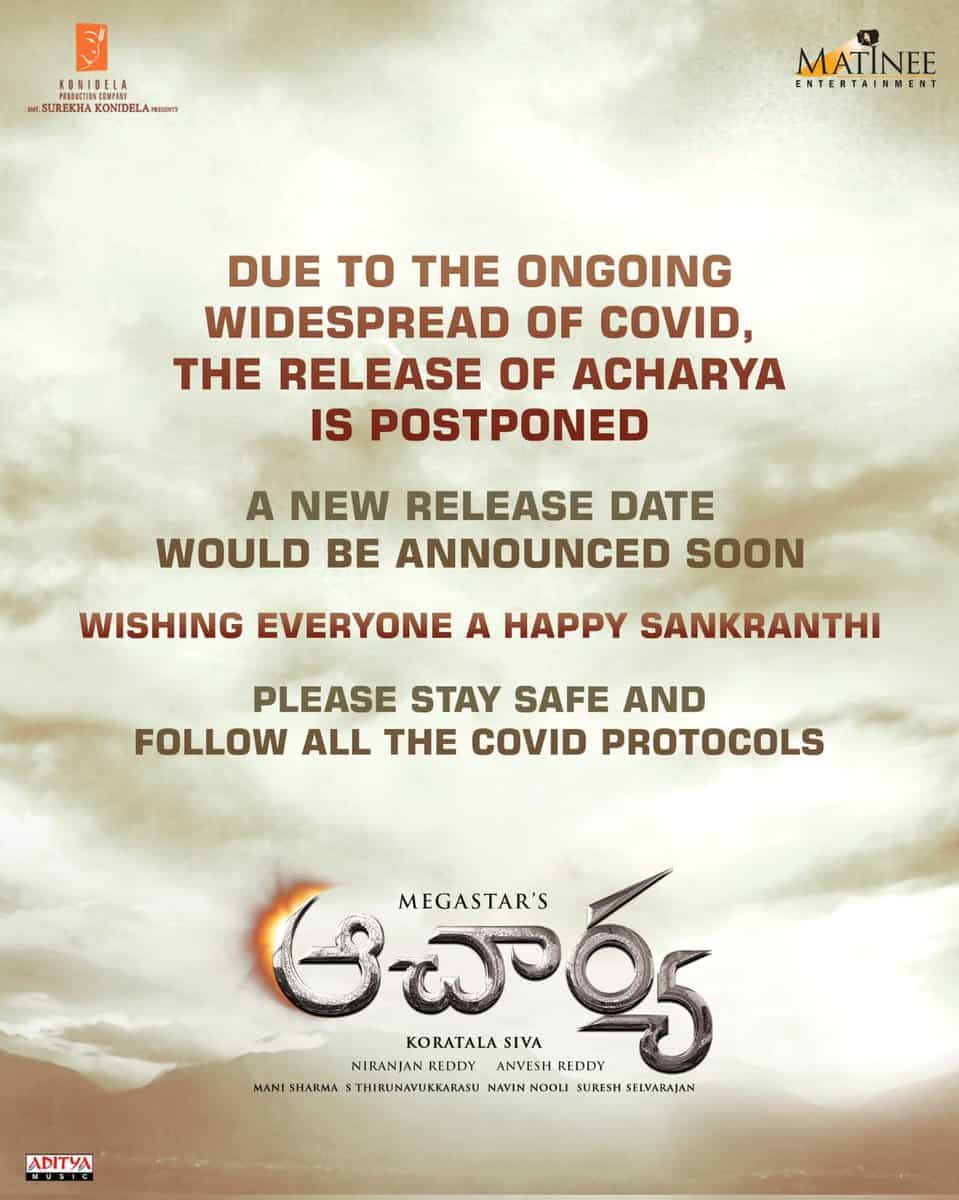 Megastar Chiranjeevi’s Acharya was supposed to release on February 1st, 2022. However, the makers have now confirmed its postponement. Ever since the Sankranthi biggies are postponed, the rumors are rife that Acharya will also be moved to a different date. On the occasion of Sankranthi today, the film unit has officially given clarity on the same by sharing a statement.

Tema Acharya said, “Due to the ongoing wide spread of COVID, the release of Acharya is postponed. A new release date will be announced soon. Wishing everyone a Happy Sankranthi. Please stay safe and follow all the COVID protocols.”

Ram Charan is also a part of the project and he is playing a crucial role. Kajal Aggarwal and Pooja Hegde will be seen as the romantic interests of Chiranjeevi and Ram Charan respectively. Mani Sharma is the film’s music director.

Directed by Siva Koratala, Acharya was actually supposed to release in May 2021 but the makers postponed it to Sankranthi 2022 and then reconsidered to release it in December 2021 but in the last minute, confirmed its arrival on February 1st, 2022. Now, the film is postponed again.