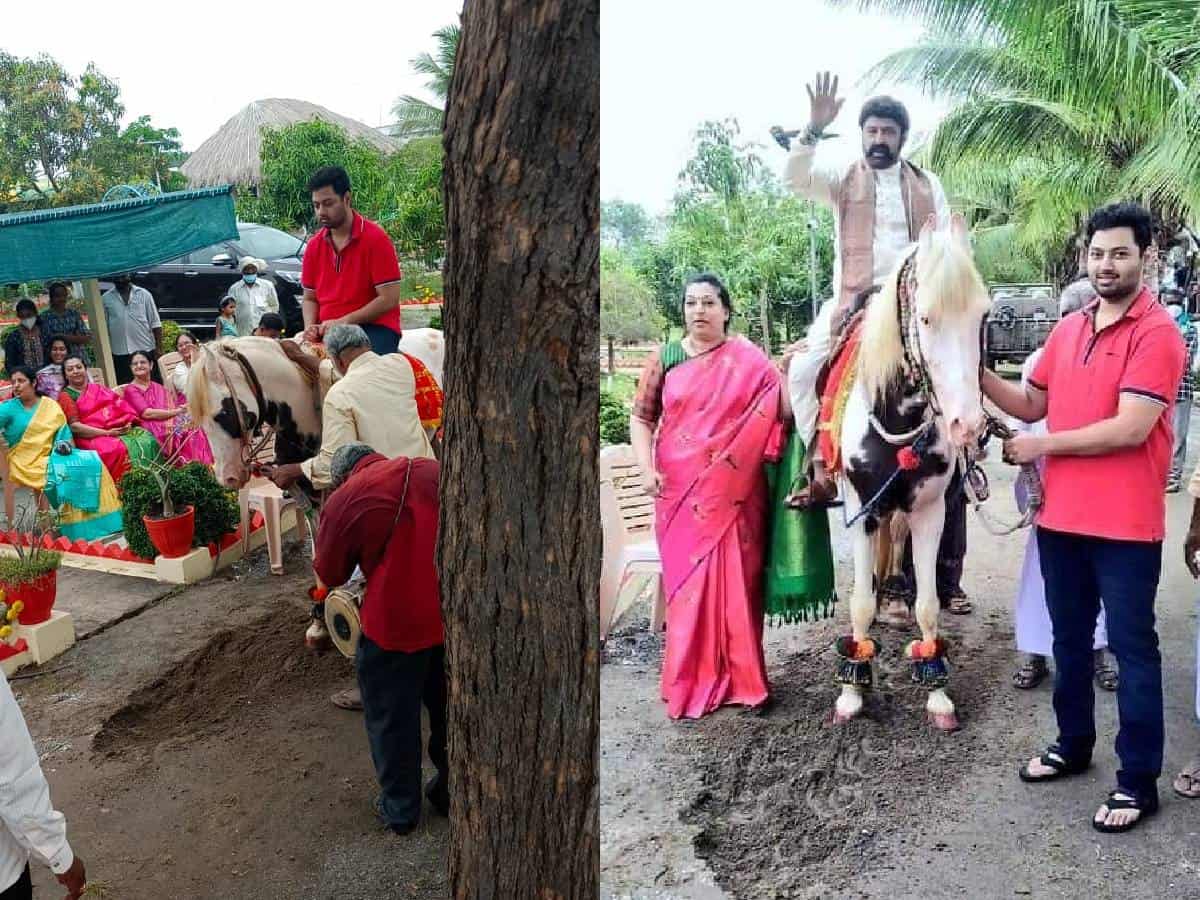 Several celebrities have welcomed bountiful harvest season with grand celebrations and among them, Nandamuri Balakrishna’s Sankranti moments have grabbed massive attention. The actor enjoyed horse riding and his son, Mokshagna, who makes a rare appearance, was also seen spending quality time with family.

Balayya celebrates the festival along with his wife and son at sister Daggubati Purandeswari’s house in Karamchedu, in Prakasam district. We can also see Nandamuri Vasundhara and their son Mokshagna among other family members at the festival.

Balakrishna and Mokshagna horse dance at a local fair was entertaining and a large number of fans attended to watch Balakrishna’s stunts. The ceremony was also attended by Lokeshwari and Umamaheswari. The pictures grabbed the spotlight instantly for their unique festive charm and Nandamuri fans are elated to see how the actor rejoiced togetherness of near and dear ones.