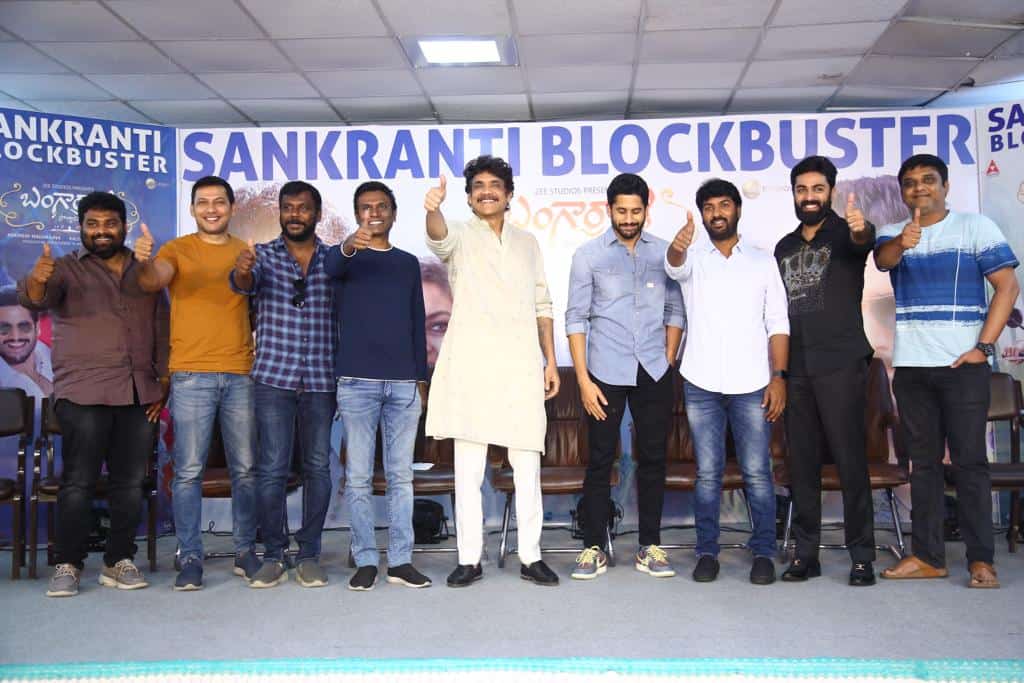 Nagarjuna himself during press meet of Bangarraju revealed that the film directed by Kalyana krishna and co-starring his son Naga Chaitanya grossed 17.5 cr on day one in Telugu states.

Nagarjuna wished everyone on Sankranthi. “Bangarraju came as a festival movie and you’ve showered lots of love on us. We started on September 15th and released the movie exactly in 4 months on January 14th. It’s an incredible achievement. Everyone worked day and night for 80 days, though we gave break on Sundays. Annapurna Studios was born on January 14th. Nanna used to plan to release his films for Sankranthi. Bangarraju was released on January 14th and it got blockbuster response. Bangarraju grossed 17.5 Cr on day one in Telugu states.”

Naga Chaitanya said, “I have been getting calls from fans. The film got unanimous response from all the corners. I felt very happy with the response. I didn’t predict the kind of response for pre-climax and climax sequences. Nanna was firm about releasing the film for Sankranthi and we just believed him. The film was released on the festival and we decided to dedicate the success to Nanna. Kalyan and team never felt stressful. Watch the movie with your friends and family.”