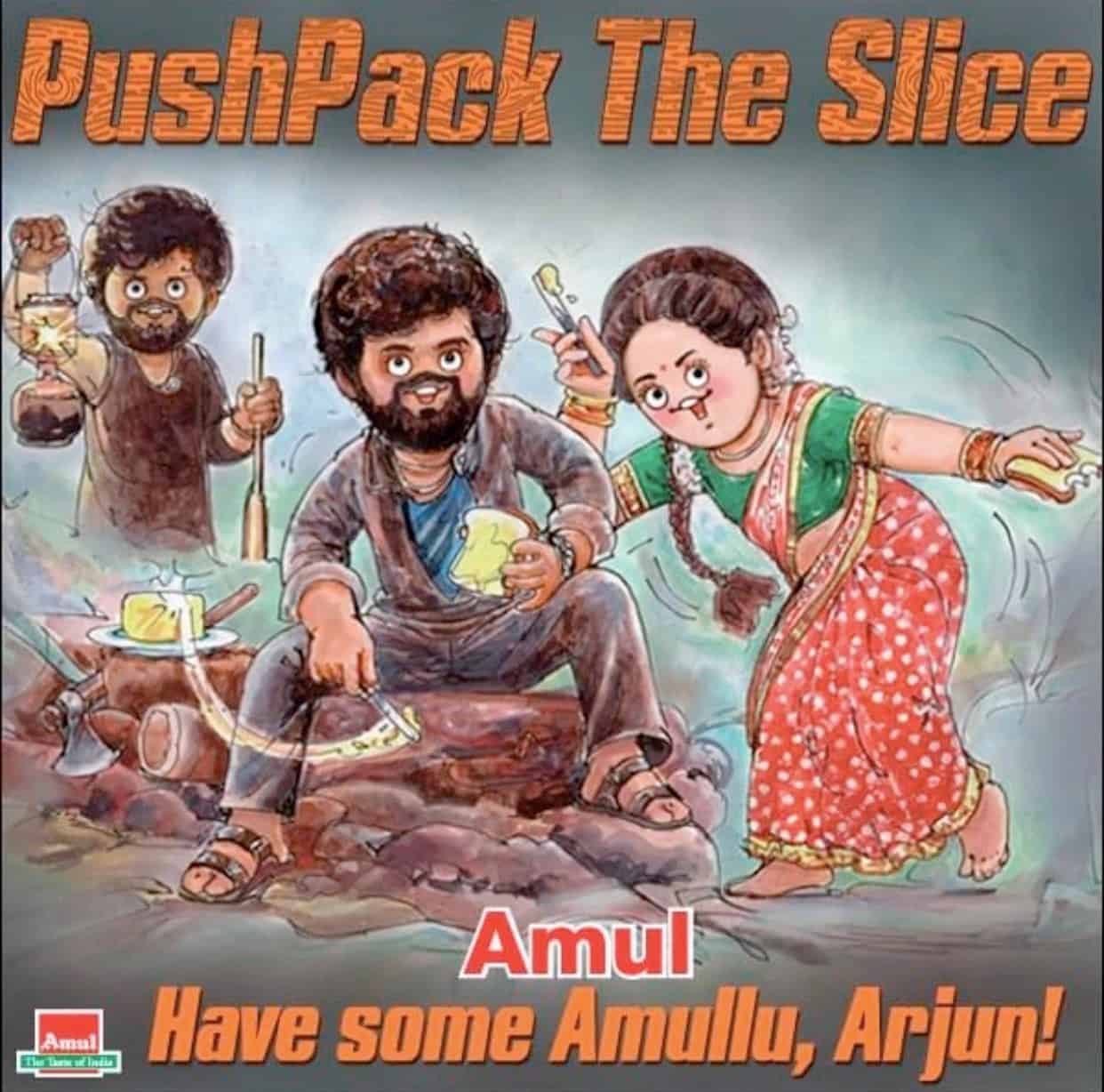 Whenever an incident happens, whether it is political, films, or sports, Amul India makes sure that they honor them with their cartoons. Sometimes they come up with a satire as well but most of the time their cartoons are words of appreciation for the achievers. And here comes Amul’s appreciation for Pushpa.

Apparently, Amul has come up with a cartoon featuring Pushpa Raj and Srivalli and indication what sort of a blockbuster Sukumar and Allu Arjun’s Pushpa has become. Their heading reads, “Pushpack the slice” and the caption reads “Have some Amullu Arjun”. The two lines have both Pushpa and Arjun mentioned, and that explains the love for the actor and his film.

Well, Pushpa made a terrific presence at the box office despite many odds including that of covid, negative talk, and much more. And the film posted not only enormous profits for the producers, but it also opened up new markets for Allu Arjun as well as he got huge appreciation from many quarters. Well, and the Amul cartoon sums it up all.

Back then we have seen Amul Cartoons for Baahubali and Prabhas as well.