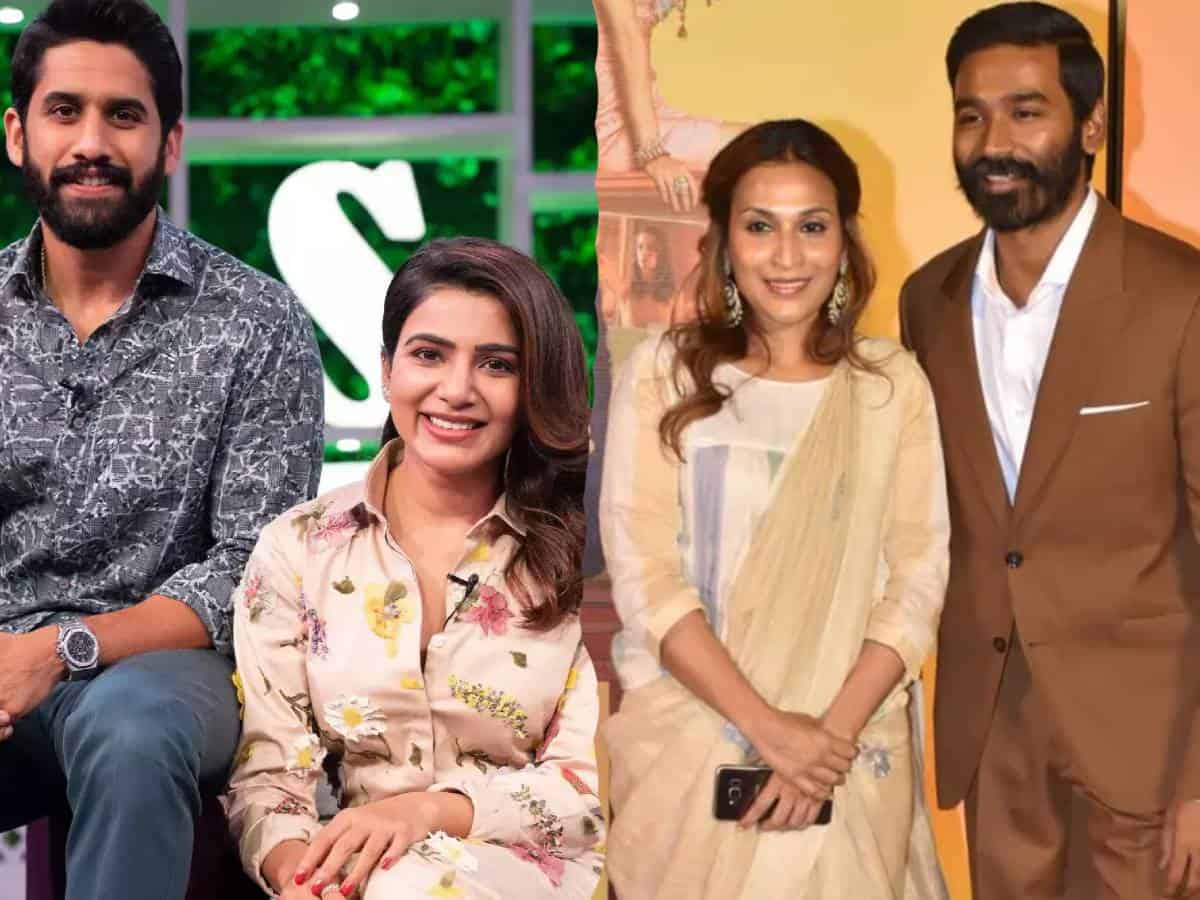 Bollywood superstar Aamir Khan shocked many when he and his wife Kiran Rao had jointly announced their separation on July 3, 2021 with a joint statement. The couple separated after 15 years of their marriage. This is neither the beginning nor the end.

Joining the legion were Akkineni Naga Chaitanya and Samantha Ruth Prabhu who announced their divorce on October 2, 2021. The news has sent shockwaves among the couple’s fans. The star couple decided to end their four years of marriage over irreconcilable differences.

The latest to hear is star hero Dhanush and filmmaker Aishwarya Rajinikanth’s separation. Dhanush took to social media last night and made a surprise announcement about their split after 18 years of marriage. He urged privacy from everyone to deal with this. The couple have two children.

Rumours were rife the other day when Chiranjeevi’s younger daughter Sreeja had dropped her husband name ‘Kalyan’ from her Instagram account and changed it to Sreeja Konidela. Sreeja and Kalyan Dhev got married on 18th March, 2016. Nothing has been confirmed at the moment.

Before pandemic, Bollywood star hero Hrithik Roshan and Sussanne Khan divorced in 2014 after 14 years of their togetherness. The couple had got married in 2000. This separation news had come as a shocker back then as fans couldn’t digest their split. But over the time, people came to terms with their parting. Even superstar Pawan Kalyan and Renu Desai’s divorce was shocker to the couple’s fans back then. Amala Paul and director Vijay’s divorce, Mehreen’s break-up and call off of wedding, Trisha breaking her engagement, Hansika and Simbu’s break-up were just few to name.

What one needs to understand is that film personalities are no Gods and are just common people who go through difficult phases in their lives. Giving so much attention into their personal lives and intruding into their personal space would only cause more disturbance to them and deprive them the required privacy in such times.

Many analysts opine that pandemic has resulted in fall out of several couples across the globe. Statistics too saying that couples across the world are going through rough phase. Film personalities are no separate from this. They’re just mirror reflection of the broader world. Since film & glamour fields grabs eyeballs, their break-ups are overly highlighted and blown out of proportion.

Having said this, one must introspect on their healthy relationships and should constantly strive for them to maintain healthily. Relationship consultants and gurus will have more work in the coming days, particularly post first, second and third waves of Covid pandemic.