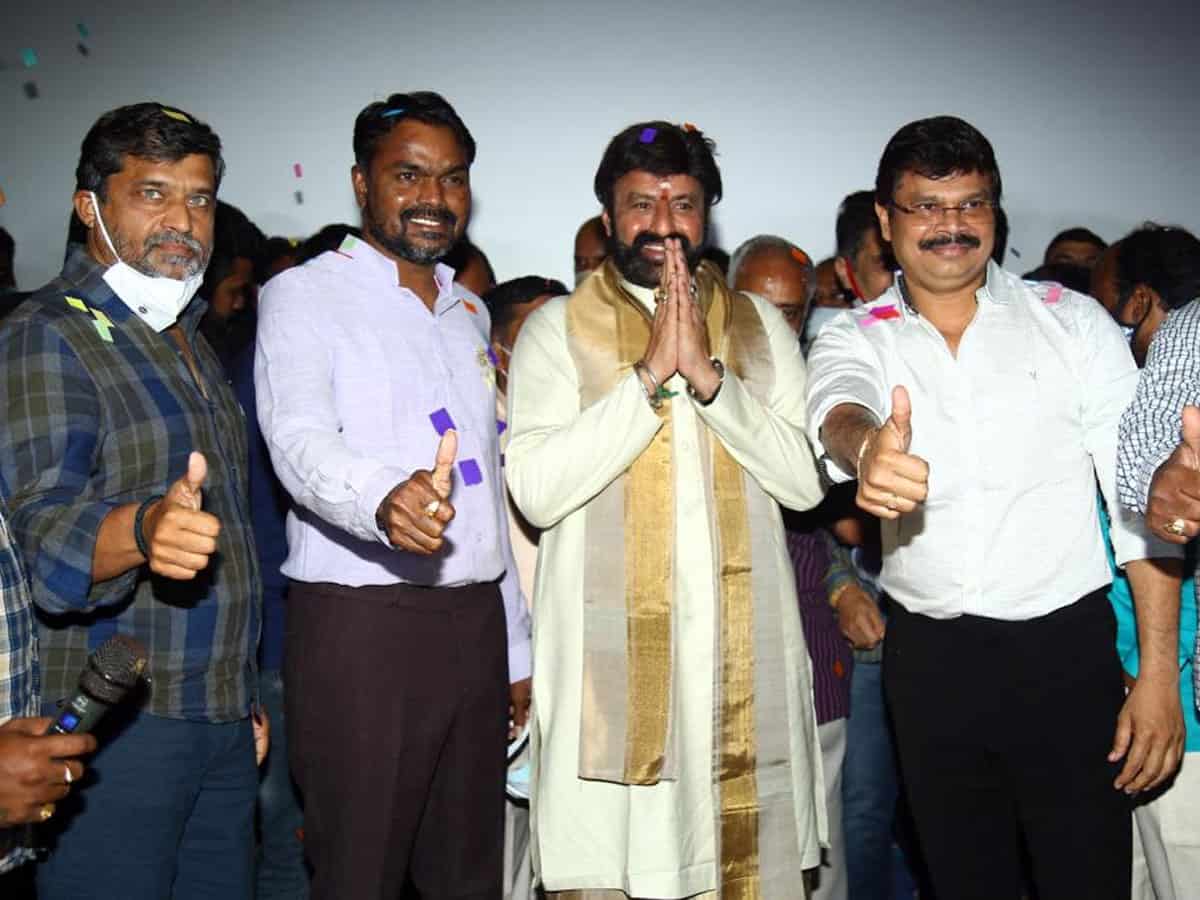 Nandamuri Balakrishna and Boyapati Sreenu completed hat-trick blockbusters in their combination with Akhanda which has completed 50 days run in 103 theatres with 200 Cr revenue, including theatrical business and non-theatrical revenue. The film indeed brought back the trend of 50 days glory.

Akhanda 50 days celebrations have been held at Sudarshan 35 MM with Balakrishna, Boyapati Sreenu, producer Miryala Ravinder Reddy and few others gracing it.

Producer Miryala Ravinder Reddy said, “You have been showing your love for 50 days. We came here to thank you. We feel happy when our dream comes true. I’m honestly saying that, we didn’t even think that the film will release and successfully complete 50 days run, despite the unfavorable conditions. I thank one and all for the support.”

Boyapati Sreenu said, “We dedicate the film’s success to Sri Nandamuri Taraka Ramarao garu. Akhanda completed 50 days run in more than 100 centres. When we make a good movie, you always support us. You’ve watched the movie in theatres so far. From tomorrow, it will be available on Hotstar.”

Balakrishna said, “Akhanda is running successfully not just in Telugu states, but across the globe. By god’s grace, all the films under our combination became blockbusters. The success of Akhanda is the success of our industry. The film was released when many said people won’t come to theatres. But, it has become such a huge hit. The story we’ve chosen is about Hindu Dharma. Srikanth, Jagapathi Babu and everyone did their jobs wonderfully. It’s not Pan Andhra, Pan Rayalaseema or Pan Telangana or Pan India, it’s Pan world cinema. Thaman gave wonderful music. The film will be streaming from tomorrow on Hotstar. I hope, you all enjoy the movie again.”