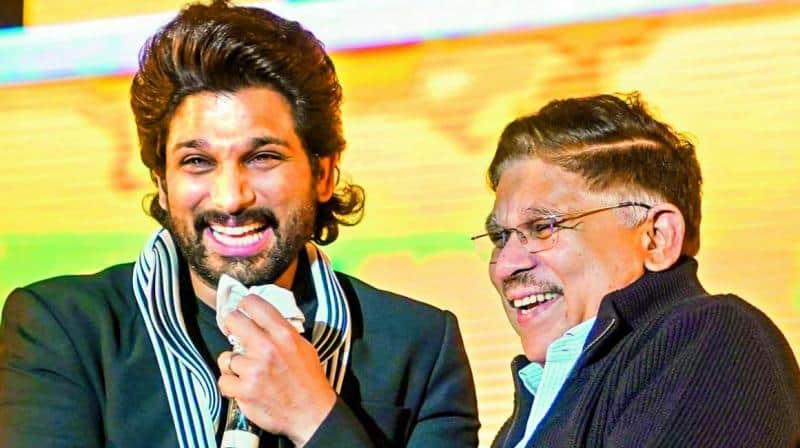 Mega producer Allu Aravind has flown down to Mumbai the other day with his team including Bunny Vasu to stop the release of Hindi-dubbed Ala Vaikunthapurrammuloo. Since the Hindi remake Shehzada with Kartik Aaryan is already in production, the release of Hindi AVPL would be detrimental to the business and theatrical run of Shehzada.

Considering this, producer Allu Aravind and his team are holding talks with Manish Shah who owns the rights of Hindi-dubbed AVPL. These were sold to Manish by Allu Aravind only. Interestingly, the satellite rights of Shehzada were again sold to Manis Shah’s Goldmine Telefilms by Aravind himself.

But Manish is keen on releasing Hindi-dubbed AVPL as he doesn’t want to miss a big release date like Jan 26th. With Pushpa Hindi’s blockbuster success, Manish wants to cash in on Allu Arjun’s craze and plans to release the Ala Vaikunthapurramuloo in Hindi.

The talks were held for two days, yet Manish isn’t budging. Only if Manish changes his mind and demands a certain sum, only then the Hindi-dubbed AVPL would not see the light.

However, producer Allu Aravind is pulling out all stops to stop the release of his own son’s film Ala Vaikunthapurramuloo in Hindi. It’s certainly an irony. In the end, it’s all business.