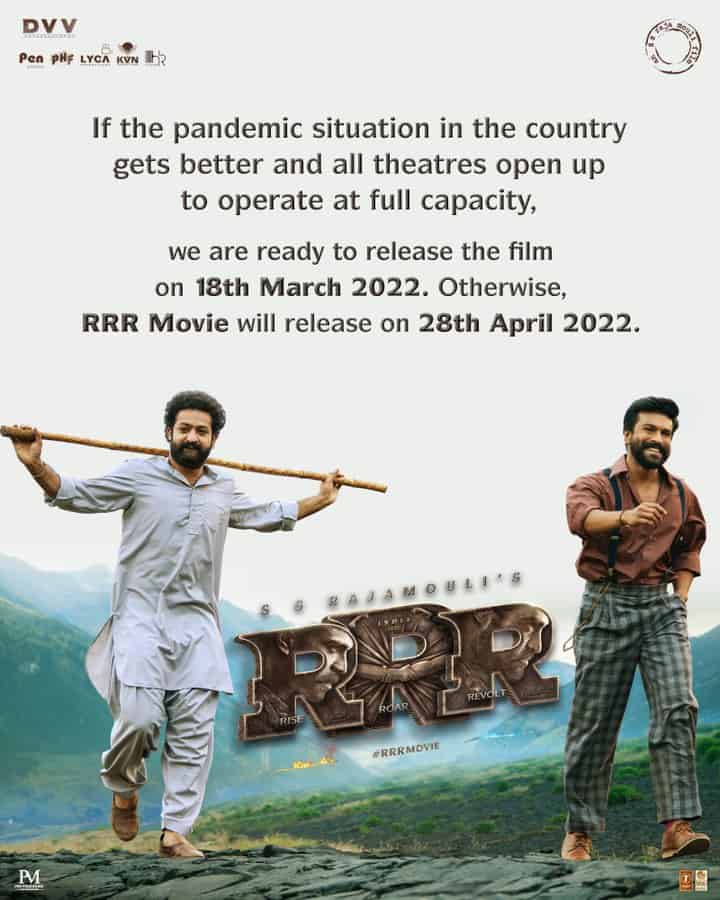 RRR is a prestigious project that is ready for a grand release in theatres. Jr NTR and Ram Charan played the lead roles in the film. Rajamouli is the film’s director. The film was supposed to hit the screens on 7th January but due to the third wave of the COVID-19 pandemic, the makers postponed it. However, the team officially confirmed they are ready to release the film on 18th March 2022.

Team RRR released an official note today along with a new poster. The team said, “If the pandemic situation gets better and all the theatres open up to operate with full capacity, we are ready to release our film on 18th March 2022. Otherwise, RRR movie will release on 28th April 2022.”

RRR will have a grand release in Telugu, Tamil, Hindi, Kannada and Malayalam languages.