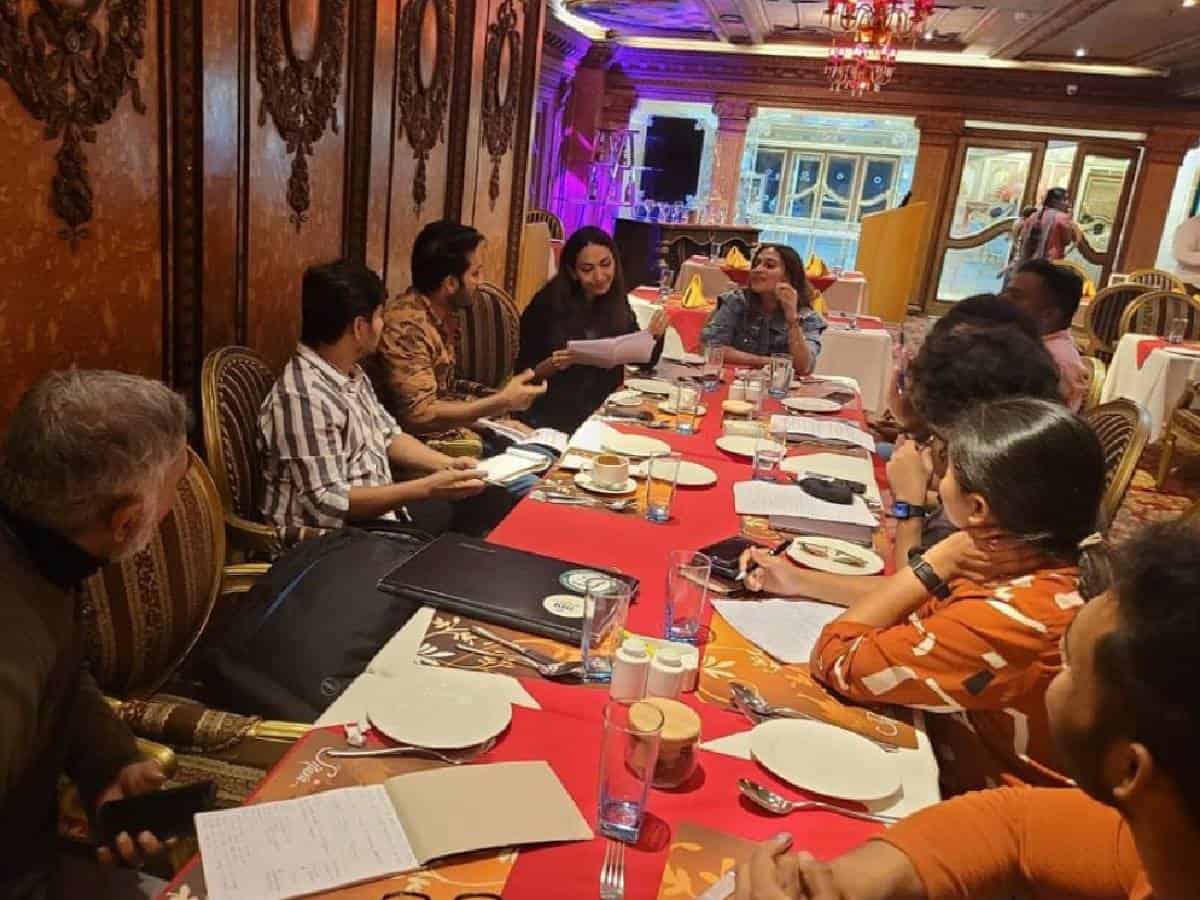 She is currently busy with the pre-production of her upcoming music video produced by Bay Films. The makers shared a pic of Aishwaryaa from sets as she is seen busy discussing work with a team. After going through a heartbreak, Aishwaryaa was quick to get back to work and prepare for her new song, which is set to release on Valentine’s Day.

Not only this, amid fans left heartbroken, it is to be observed that Aishwaryaa did not change her last name on Instagram and still carries Dhanush’s name on social media platforms. Moreover, the estranged duo was also spotted at the same hotel in Hyderabad, Sitara Hotel in Ramoji Rao Studios.

Both Dhanush and Aishwaryaa are busy with their respective projects in Hyderabad and are staying at the same Hotel. However, nothing has been reported that the ex-couple met each other amid their busy schedules. A few days ago, Dhanush’s father recently made a statement that it is just a family quarrel and the couple have not filed for divorce yet.