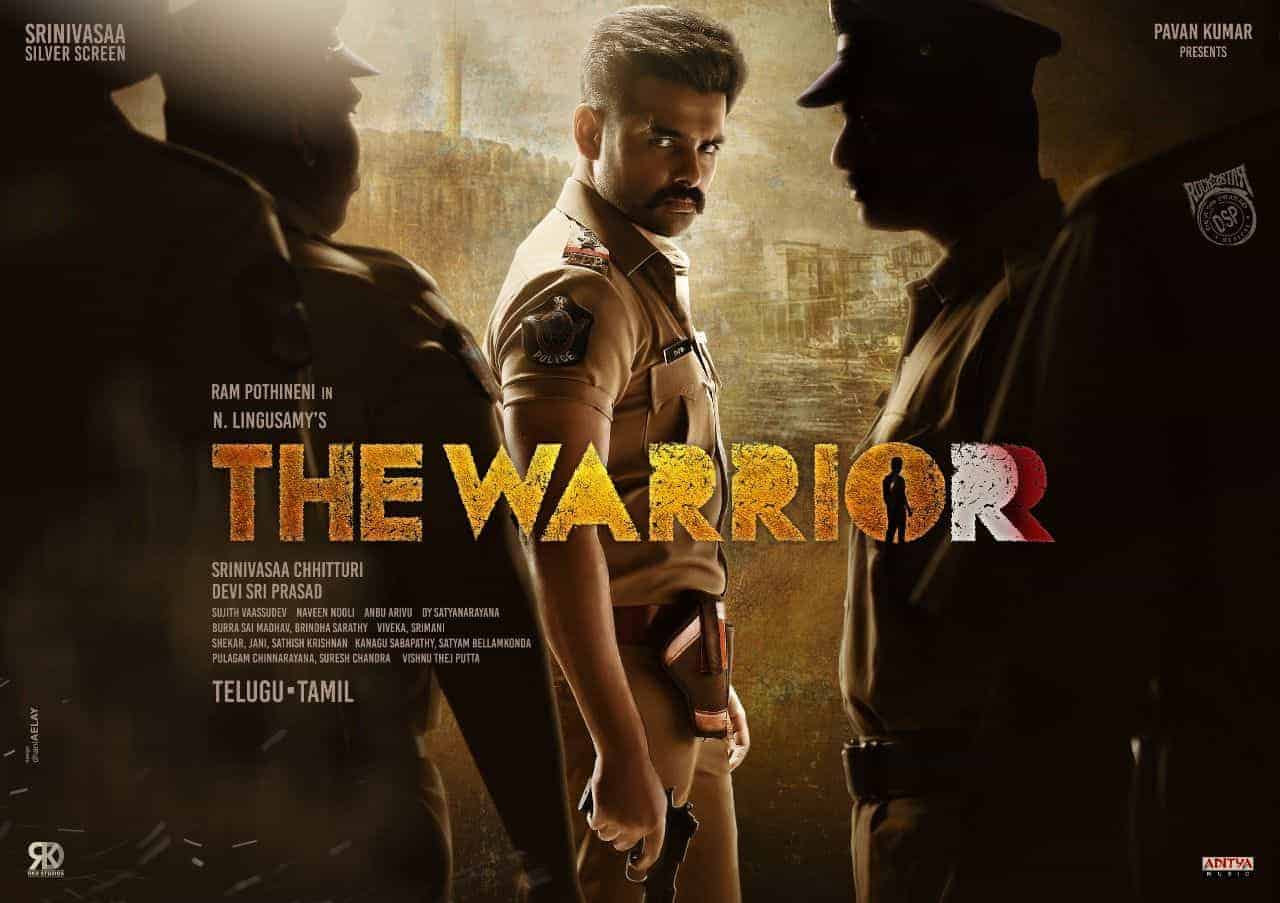 The Warriorr starring Ram Pothieni and directed by N Lingusamy is one of the awaited movies for many reasons. For, the young Telugu actor has partnered with the leading director for the first time and this film, a bilingual, will mark his debut in Kollywood.

Now, the latest update is that the film’s Hindi dubbing rights have been sold out for Rs 16 crore. Yes, you read it right, it’s Rs 16 crore, which is certainly huge for an actor of Ram Pothineni cadre.

The makers had released the first look poster and title of the movie recently. The poster featured Ram Pothineni as a police officer on an important mission with his team of cops. Sources say The Warriorr will be an action treat for the audience.

The poster raised expectations on the movie since Lingusamy is known for his action entertainers and Ram is known for dedication to give the best. The film has a stellar star cast with Krithi Shetty playing the heroine, Akshara Gowda in a key role and Aadhi Pinisetty as the antagonist.