Kartik Aaryan Threatened To Walk Out Of Shehzada If ‘Ala’ Releases? 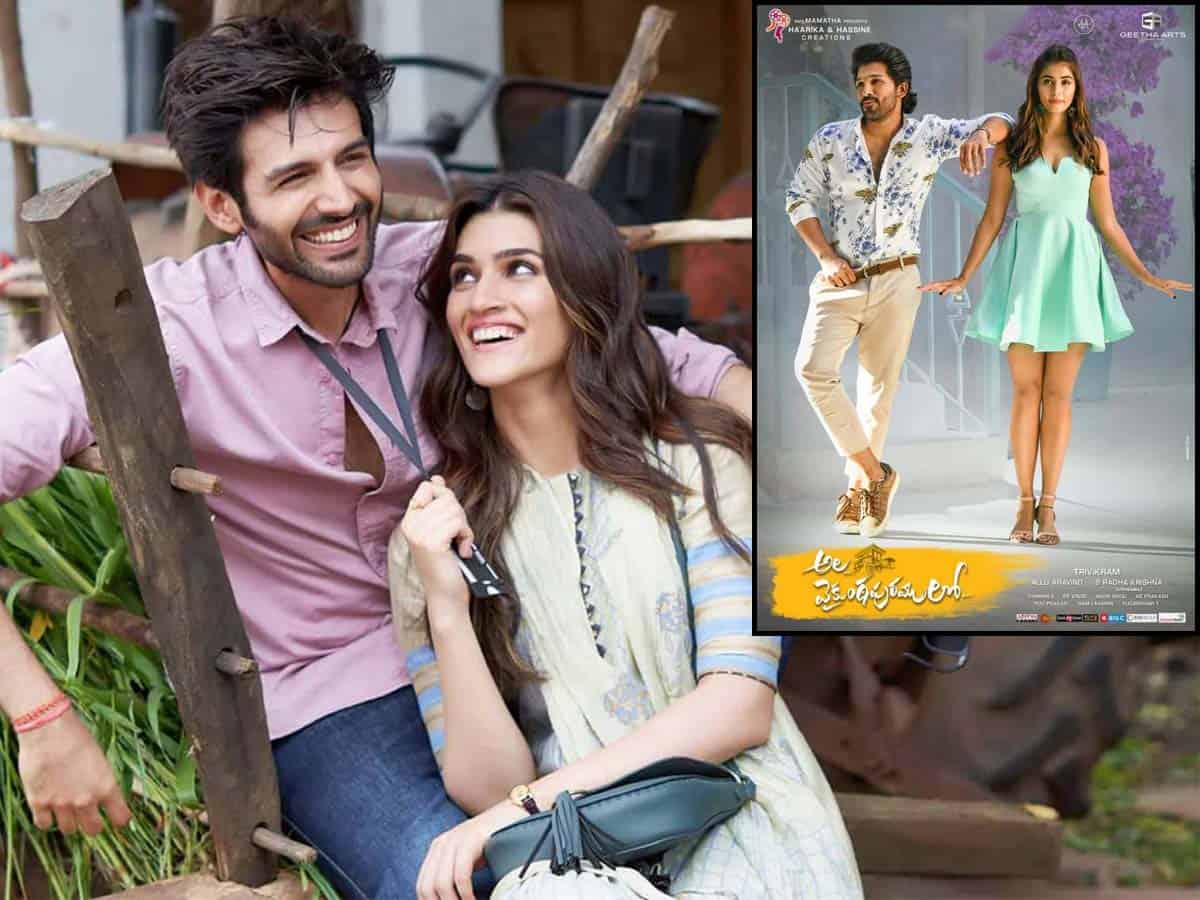 If everything had gone as per the plan, the Hindi version of ‘Ala Vaikunthapurramloo’ would have had a theatrical release tomorrow in the north market. But that’s not happening because mega producer Allu Aravind intervened and settled the matter for obvious reasons that ‘Ala..’ is getting remade in Hindi and he is also co-producing it.

Well there is another version for this stall and according to producer Manish Shah who acquired the dubbing rights of ‘Ala Vaikunthapurramloo,’ young hero Kartik Aaryan threatened to walk out of the remake ‘Shehzada.’

“Apparently the team of ‘Shehzada’ was against the release of the Hindi version of ‘Ala..’ Hero Kartik Aaryan went to an extent that he would walk out of the remake and if he had done so, the producers of the remake version would incur Rs 40 crore loss. Also I have close contacts with ‘Shehzada’ producers for ten years now and taking all the aspects into consideration, I held back the release of ‘Ala..’ Hindi version,” Manish said.

The producer further added that he spent Rs 2 crore on the dubbing works and is disappointed that the film is not getting a theatrical release. Nonetheless, ‘Ala..’ Hindi version is getting a TV premier on February 6th on Dhinchaak channel. Also the producer decided to keep the film away from digital release including YouTube.