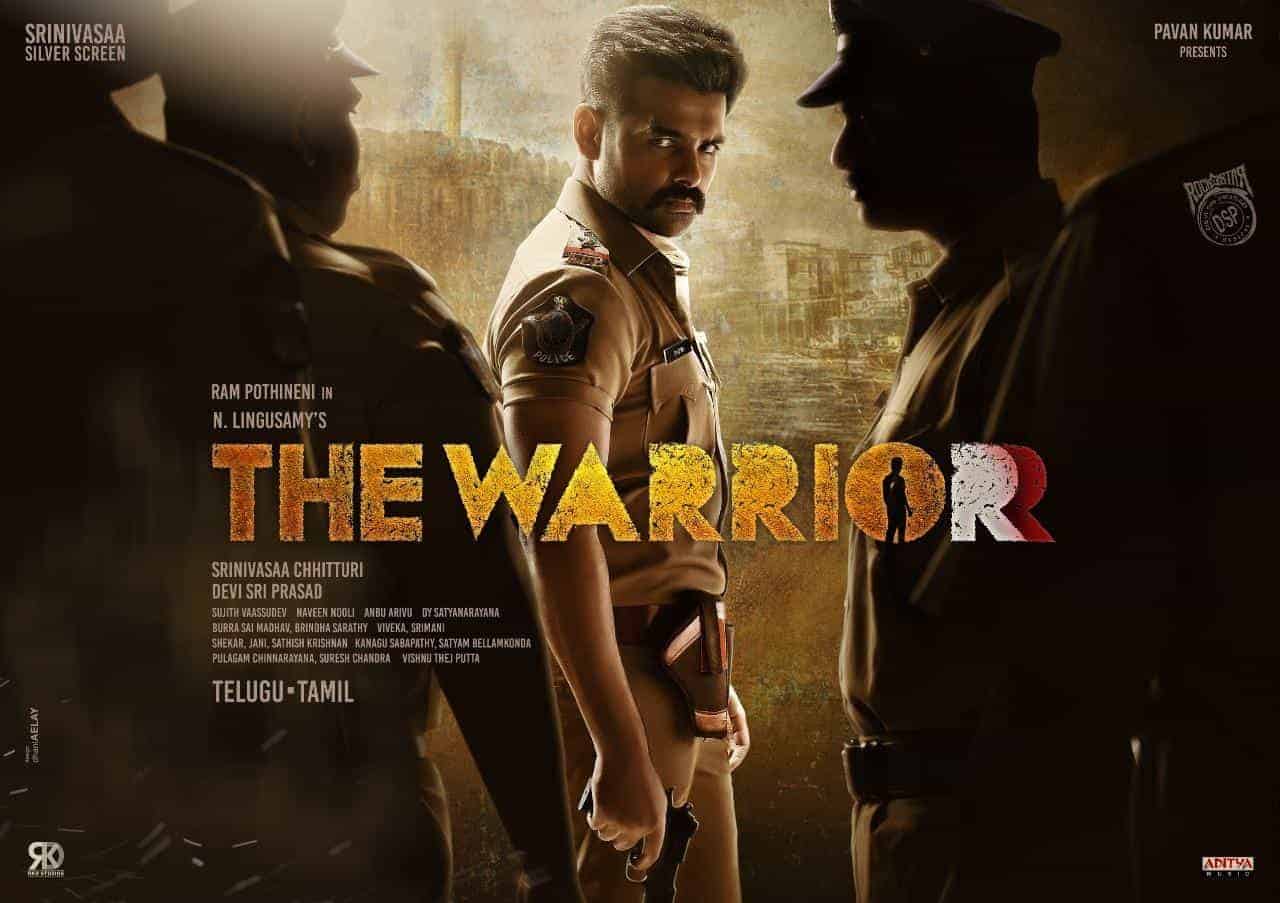 The success of Pushpa in North India has once again proved that Bollywood audiences are breaking language barriers and appreciating South Indian films if the content is good enough.

Even the Bollywood makers are showing huge interest in grabbing the remake and dubbing rights of South Indian movies.

According to the B-Town sources, the Hindi dubbing rights of Ram Pothineni’s upcoming film The Warrior were sold for a whopping price of Rs. 16 crores. This is a very huge amount for a dubbing film. Touted to be an action drama, The Warrior is being directed by Lingusamy.

As action films are well received by Hindi audiences, this film might have fetched such a huge amount. However, there is no clarity about who bought the Hindi dubbed rights though.

The first look poster of The Warrior was released recently and Ram looks absolutely dapper in the role of a police officer. The film is being made as a Tamil-Telugu bilingual.

Krithi Shetty is playing the female lead in it. Aadi Pinishetty and Akshara Gowda are essaying the other important characters. The Warrior is currently in the shooting stage and will hit the screens later this year.