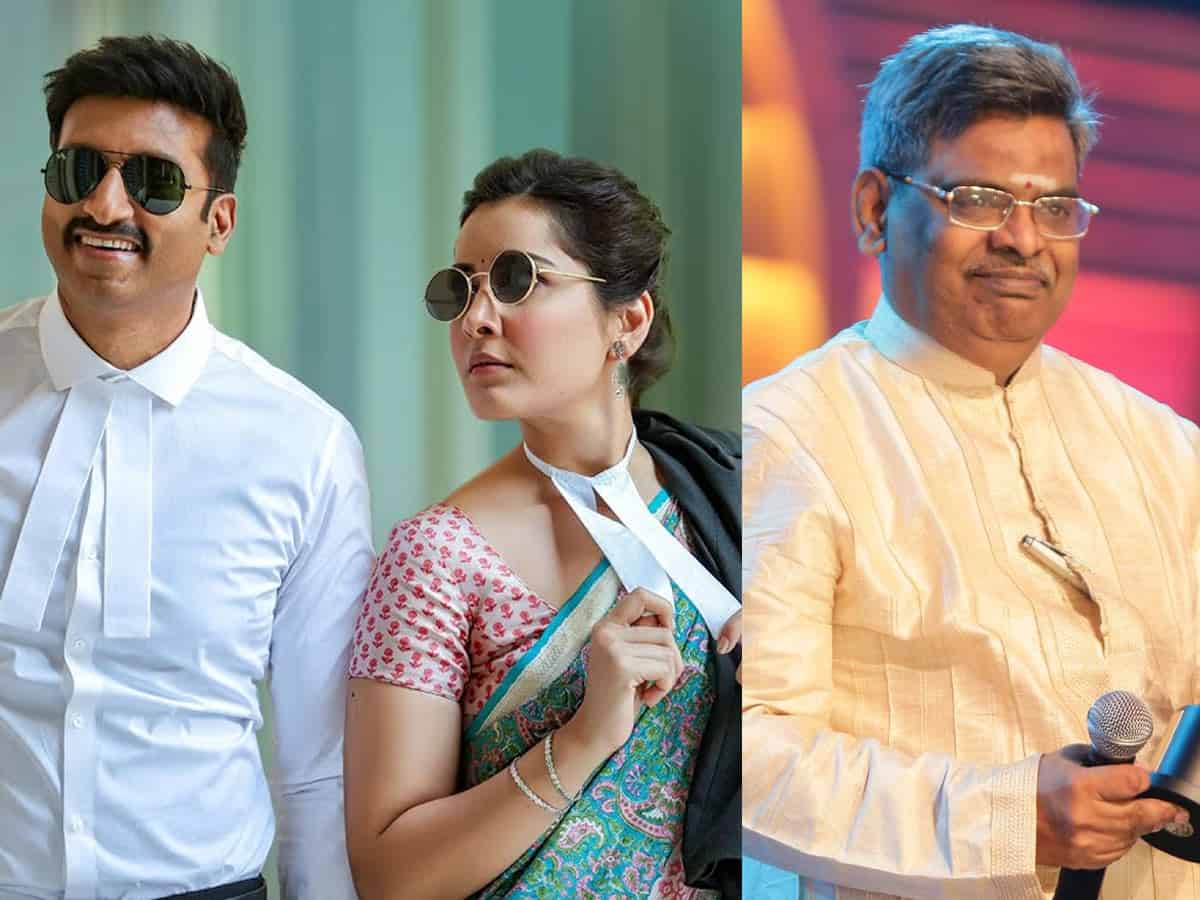 Legendary lyricist Sirivennela Seetharama Sastry is one of the inspirational personalities in Telugu cinema. His last and final work pertaining to Telugu cinema is now associated with Gopichand and Maruthi’s forthcoming action drama Pakka Commercial.

Speaking about the song, Maruthi got emotional and he fondly remember the kind of inspirational personality Sirivennela was. Maruthi said this song is a novel take on the concept of birth and death.

UV Creations and GA2 Pictures are jointly producing Pakka Commercial which has Gopichand, Raashi Khanna, Sathyaraj, and others in important roles.