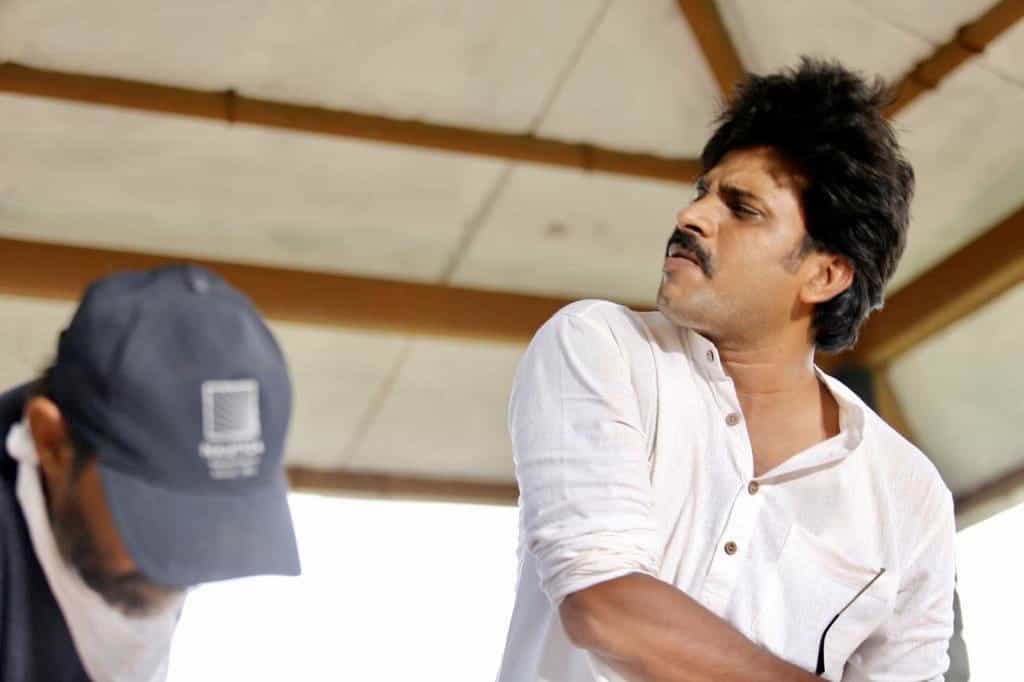 There is no stopping director RGV on his upcoming movie ‘POWERSTAR.’ Hours after unveiling the first look of the film, RGV shared more pictures and to everyone’s surprise, the film also stars a character that resembles director Trivikram who is Pawan’s best friend from the industry.

“Kindly do no believe in media speculations with regard to resemblances in the film POWER STAR ..it is just destiny that some of them look like some of them coincidentally,” tweeted RGV with a couple of pictures. The other person in these pictures apart from the protagonist dresses like Trivikram while he is on the sets.

The second picture has the protagonist slapping the director and about it, RGV wrote, “An angry heated moment between an actor and a director in POWER STAR.”

Fans of Pawan Kalyan are seriously in agony ever since the first look is out and now Trivikram fans would certainly be surprised at the same time disappointed with this.

But it would be interesting to see what tale has RGV added between the protagonist and the so-called director in this flick.